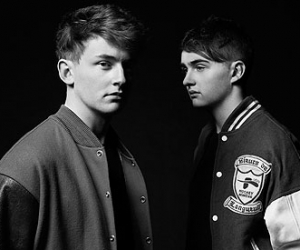 Guy and Howard Lawrence of the brotherly duo Disclosure, have announced their return to the US for a headlining tour this fall.  Disclosure have already garnered plenty of praise for their early singles “Latch” and “White Noise” and have had a sold out spring US tour including well received sets closing this year’s Coachella Festival and SXSW. This summer also bring anticipated sets at HARD LA and Red Rocks, Lollapalooza, Osheaga and a headlining slot at Central Park Summerstage. Their live set features the Lawrence brothers performing their blend of pop-influenced garage music with live instrumentation and the occasional guest vocalist.

The tour will kick off in Seattle on October 9th and will make its way down the West Coast before jumping over to the Eastern portion of the country for a string of dates that includes a performance at Asheville’s Mountain Oasis Festival. Tickets go on sale Friday. More dates to be announced. Today also marks the release of Settle in the US on Cherrytree/Interscope Records and features a who’s who of guest vocalists including Jessie Ware, AlunaGeorge, Jamie Woon, Eliza Doolittle, London Grammar, Ed Macfarlane and Sam Smith among others.