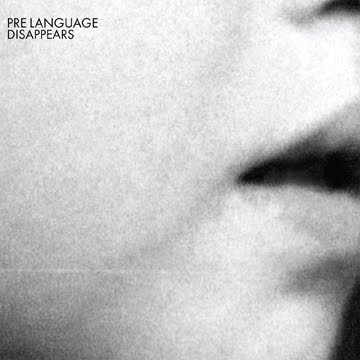 I recently watched “We Need to Talk About Kevin”, the acclaimed British film by Lynne Ramsay. The film was well crafted but since the subject matter was so heavy and the tone so bleak I wasn’t sure if I actually liked it or not, which begs the question: Do you have to enjoy art in order to appreciate it? Or is it the other way around? More on that later.

There may come a time in a band’s career that starts out with specific sound philosophies that when it comes to that band’s third album or so, that they have to start evolving that philosophy. They do it to keep the organic creativity fresh but also to legitimize the band in a sense. It appears that’s what’s happened here with “Disappears” third album Pre Language. The band’s shoegaze/krautrock roots are still with them, but they have definitely opted for a more open and dare I say mainstream sound. They used to call this “selling out”, but I don’t think there’s really much to sell out to these days. It’s probably more due to the fact that they’ve brought Sonic Youth’s Steve Shelley in behind the kit, which has given their sound a lot more life, and has probably lent a helping hand in their song writing to give it a little more polish than say the one take wonders of their last album Guider.

Having an experienced drummer like Shelley can do wonders for a band’s sound, and even off the first track “Replicate”, the driving bass and drums build up for a raucous intro. By the second, self-titled track “Pre Language”, we know that Disappears have grown and evolved with a very Wire like catchy number. However once we get into the fourth track “Minor Patterns”, the song writing starts to fall back on a lazy malaise (or malazy) that it never really recovers from for the rest of the album. Maybe I’m missing the point because as the chorus goes “Minor patterns, nothing happens…”maybe that’s what they were going for, but the song works against what the previous tracks were doing, and drives the album in a different less interesting direction.

It appears Disappears ran out of ideas at some point, because while their new big driving sound is great, their ideas start to repeat later on in the album. Of course this may have all been part of their plan, as there does seem to be a lot of cohesion, but beyond dedicated followers of the band, they probably aren’t going to win too many more.

So it appears that “We Need to Talk About Kevin” and Disappears new album have something in common as while I appreciate both of them artistically I’m not sure if I really enjoy them. The answer to the aforementioned question then is that there are certain experiences that you can have with art that doesn’t involve enjoyment, but in this case they may be for a selective few.