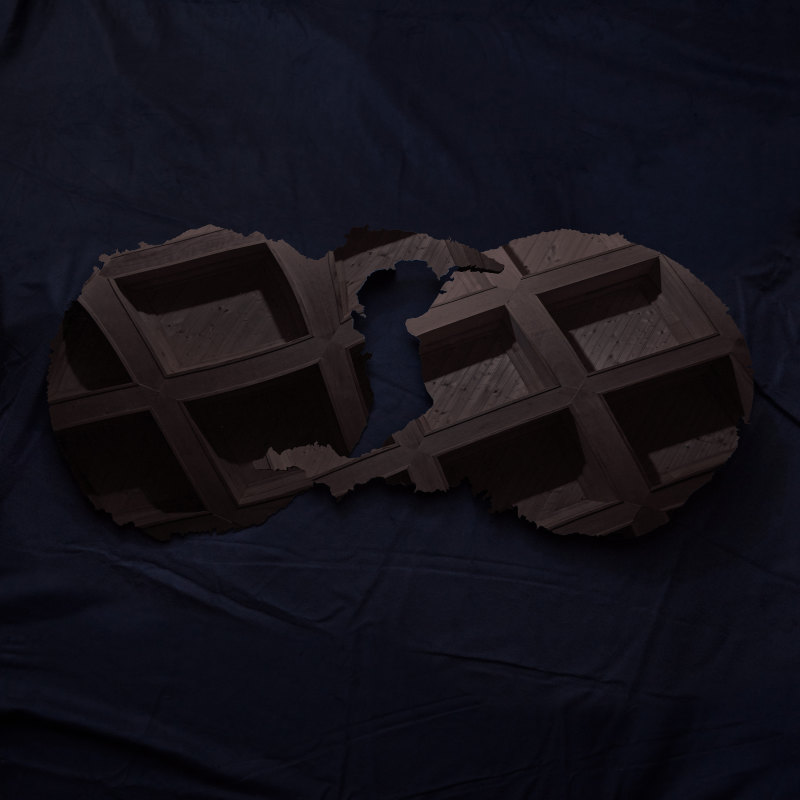 Dirty Projectors founder/leader Dave Longstreth recently took to his Instagram account to weigh in on the state of indie rock, describing it as “bad and boujee.” While referencing the club-and-chart ruling track from Atlanta trap trio Migos, this was meant as a serious dig towards the genre, not a compliment.

Since starting Dirty Projectors on his own in the early ’00s, Longstreth has folded various influences into the act’s eclectic approach, from highlife and R&B to Led Zeppelin III indebted rock riffs and quietly-picked folk. These expressive heights notwithstanding, it could be argued that the outfit has been larger-picture-lumped into the realm of contemporary, codified indie rock, a tepid collection of acts he’s now addressed as being “outwardly obedient to an expired paradigm that we know in our hearts makes basically no sense.” As he’s wont to do, Longstreth is blowing up expectations again, this time via a new, eponymous LP. It’s a lush, sometimes confounding post-pop experiment that comes without the other key players that served alongside him over the last decade, most notably serious guitar-shredder, vocal acrobat, and former partner, Amber Coffman. Despite this, her presence looms heavy over the release.

“I don’t know why you abandoned me/You were my soul and my partner,” Longstreth sings in a pitch-shifted, chopped-and-dropped croon on opener “Keep My Name,” the stunning separation-themed piano ballad that begins a cycle of songs focused on Longstreth and Coffman. The cut comes with a self-referential sample of Dirty Projectors’ 2012 single “Impregnable Question,” a chipmunk-twisted revisit of its “we don’t see eye to eye” an apparent harbinger to this now-fractured bond. It’s heartbreaking and occasionally savage (“I don’t think I ever loved you”), but it also goes off the rails with a bizarre rap bridge referencing Naomi Klein and Kiss “shithead” Gene Simmons. Mostly, it sets the tone for this latest phase of Dirty Projectors, with Longstreth repurposing the Demon’s callous assertion that “a band is a brand” by bravely retooling his longtime project.

“Up In Hudson” is another intimate portrayal, with Longstreth recalling seeing Coffman annihilate her guitar at New York’s Bowery Ballroom, and later tracing the personal history of blowing up each other’s phones to writing the band’s experimental “Stillness Is the Move” single from 2009. Longstreth also drops hints about working with Kanye in current-day L.A. It’s a complex, annotations-needed overview, the deep web of details matching the full-figured production of the track. Interestingly, for a song referencing a shredfest, the double guitar solo on “Up In Hudson” is shaded with longform eBow drones. The rippled leads that cascaded through older Dirty Projectors LPs are a world away from Longstreth’s latest vision.

One of Longstreth’s newest musical partners is ex-Battles member Tyondai Braxton. The twosome travel plenty of glitchy, digital terrain together. “Death Spiral” has Longstreth– whose multi-layered falsetto harmonies land supremely smooth compared to the cracked vocal cord approach of his late 00s output– detailing an emotional tailspin over frantic tabla tapping, Spanish guitar noodling and a synth line that fittingly recalls Justin Timberlake’s ages-old break-up track, “Cry Me a River.” Longstreth’s manic beat production is clunkier on the aneurysm-inducing “Work Together.” Likewise focused on fall-apart, it may be thematically a propos, but its sub-Timbaland twitchiness is unnerving.

On the other side of things, Dirty Projectors’ mid-section is pleasant enough, but the low-key, gossamer haze of strings-loaded baroque pop piece “Little Bubble” and the double-chambered “Ascent Through the Clouds” hover outside of earshot.

Steering itself back on track, the back end of Dirty Projectors’ showcases a mutated dancehall breeziness on “Cool You Heart,” which features guest vocals from D∆WN, a onetime Danity Kane/Diddy-Dirty Money member who is no stranger to musical rebirth.

“I See You” is a baptismal drenched in modern pop production and organ work that conjures Procol Harum’s “White Shade of Pale.” Trying to replace the “fightin’ and yellin'” in favour of “forgiveness, reconciliation,” it finds Longstreth ready to grow. A backwards-tracked guitar solo courses through the speakers, but the closer ultimately pushes a much-less six-string reliant version of the group towards something new. It’s a different Dirty Projectors, but we still see you, Dave. Lookin’ good, kid.