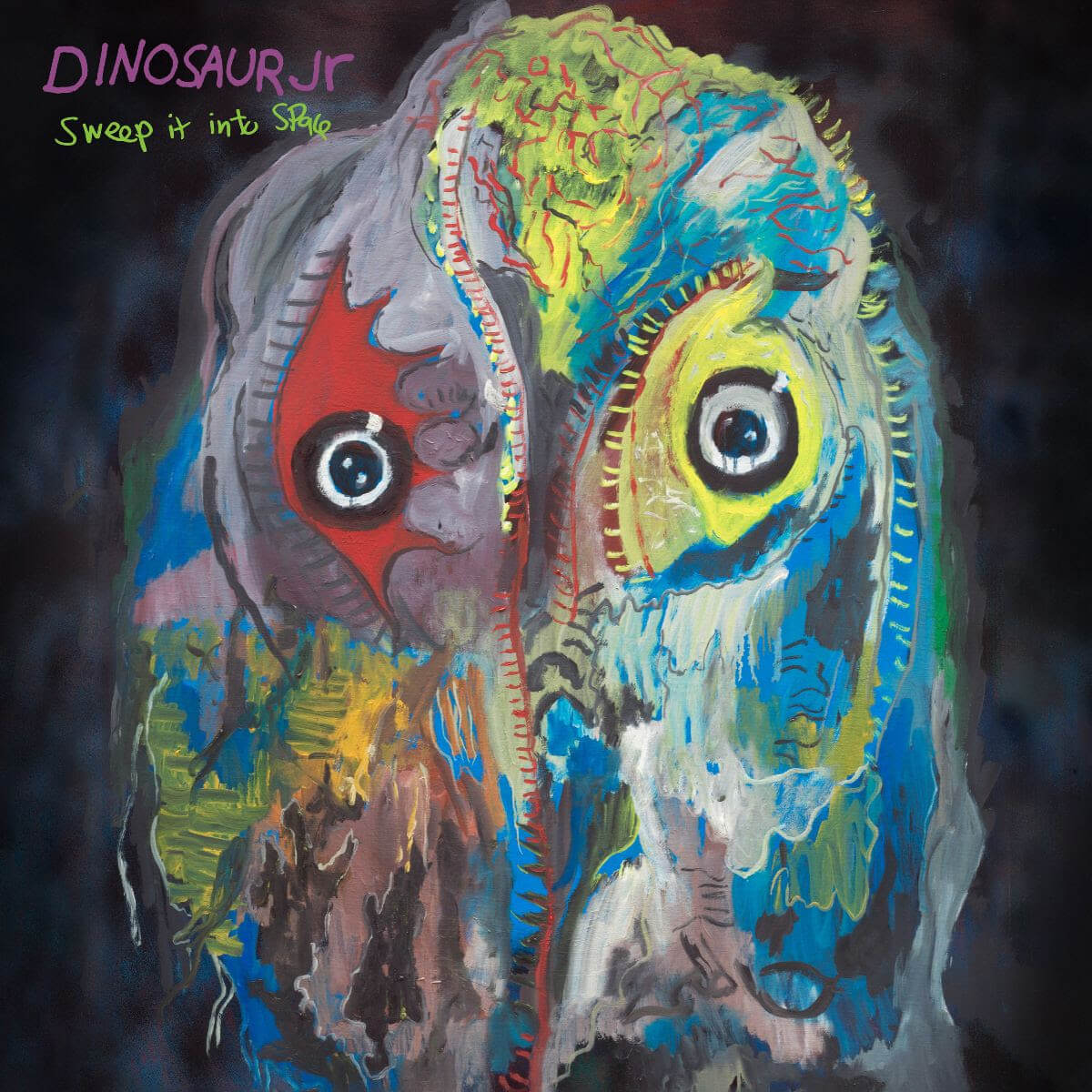 Dinosaur Jr. “Take It Back”
Share on TwitterShare on PinterestShare on PocketShare on RedditShare on FacebookShare on Email

Dinosaur Jr. have shared a new video for “Take It Back.” The single which follows “Garden” and “I Ran Away.” “Take It Back.” The video, directed by Callum Scott-Dyson, is made of stop-motion animation and colorful collaged images. Additionally, today the band has announced their special guests for Camp Fuzz II, their beloved fantasy camp in Big Indian, NY, which happens July 27 – 30. This year, J, Lou, and Murph are thrilled to welcome actor and writer Michael Imperioli performing a live reading from his critically acclaimed rock and roll novel “The Perfume Burned His Eyes”, SNL alum Tim Meadows hosting a stage banter workshop, and performance from punk legends Negative Approach. Dinosaur Jr.’s forthcoming release Sweep It Into Space comes out on April 23 via Jagjaguwar

Director Callum Scott-Dyson on the video:

“really wanted to use the creature on the front of the album sleeve for Sweep It Into Space as an inspiration and springboard for its own little adventure, exploring some simple notions of creation, dependence, coming of age and searching for another like yourself. I wanted to mix those themes with my style of stop motion animation, everything being very DIY and handmade, using any materials I could get my hands on to bring the idea to life and give it a surreal and otherworldly feel. I’ve always been a really big fan of Dinosaur Jr, so I was working extra hard to do something that could add to such an awesome track and sit alongside it.”

Sweep It Into Space was recorded, at Amherst’s Biquiteen. The sessions began in the late Autumn of 2019 and the only extra musician used this time was Kurt Vile, who co-produced the album. After recording with Kurt got disrupted, J Mascis took the reins on the rest of production.

This May, Dinosaur Jr. will play two socially distanced shows in the Northwest. Following, they’ll host Camp Fuzz II and then kick off a North American tour later this year. Tickets for all dates are on sale here. Additionally, to celebrate the release of the album, Dinosaur Jr. will play a livestream performance from the Sinclair in Boston, MA on May 1st at 9pm EST.