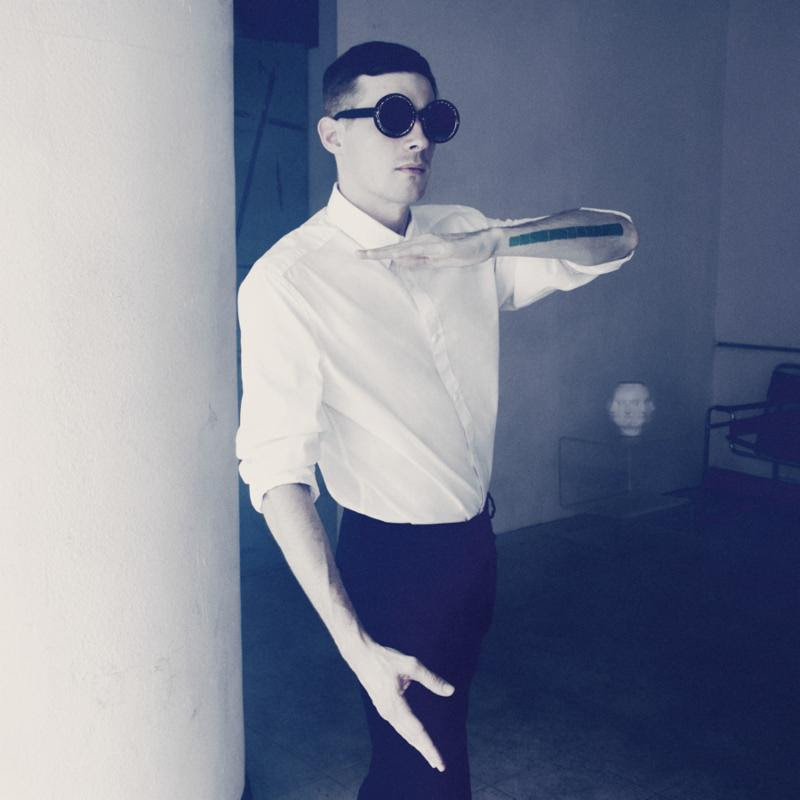 Danish producer and singer Anders Rhedin AKA: Dinner leads a nomadic existence, dividing his time between Los Angeles, Copenhagen and Berlin. So far, Dinner has 3 EPs and a guided hypnosis tape under his belt. This spring sees the release of his debut album Psychic Lovers, out April 1 via Captured Tracks. This week Dinner shares the first single off the album, “Turn Me On.” The track is available to stream below.

Whether the finished album lives up to Dinner’s vision only Dinner knows. Musically, the album exists in its own space between the 80’s, 90’s and the present. The songs are pop songs held together by somewhat idiosyncratic arrangements. “Turn Me On” invokes the feeling of Sade recorded on VHS fronted by Klaus Nomi’s baryton-possessed ghost, or a warped jingle from The Home Shopping Network. The song “Lie” has distinct Nico-esque undertones and John Cale-ish overtones wrapped in 80’s melancholy, while “Wake Up” and “The World” explore inverted 90’s Euro-pop. In the words of mix-engineer Filip Nicolic (Poolside), “The whole album sounds like Chimo Bayo produced by Marquis de Sade.” An even more concise definition of Dinner comes from label-mate Mac Demarco: “Great face, great body, great tunes.”