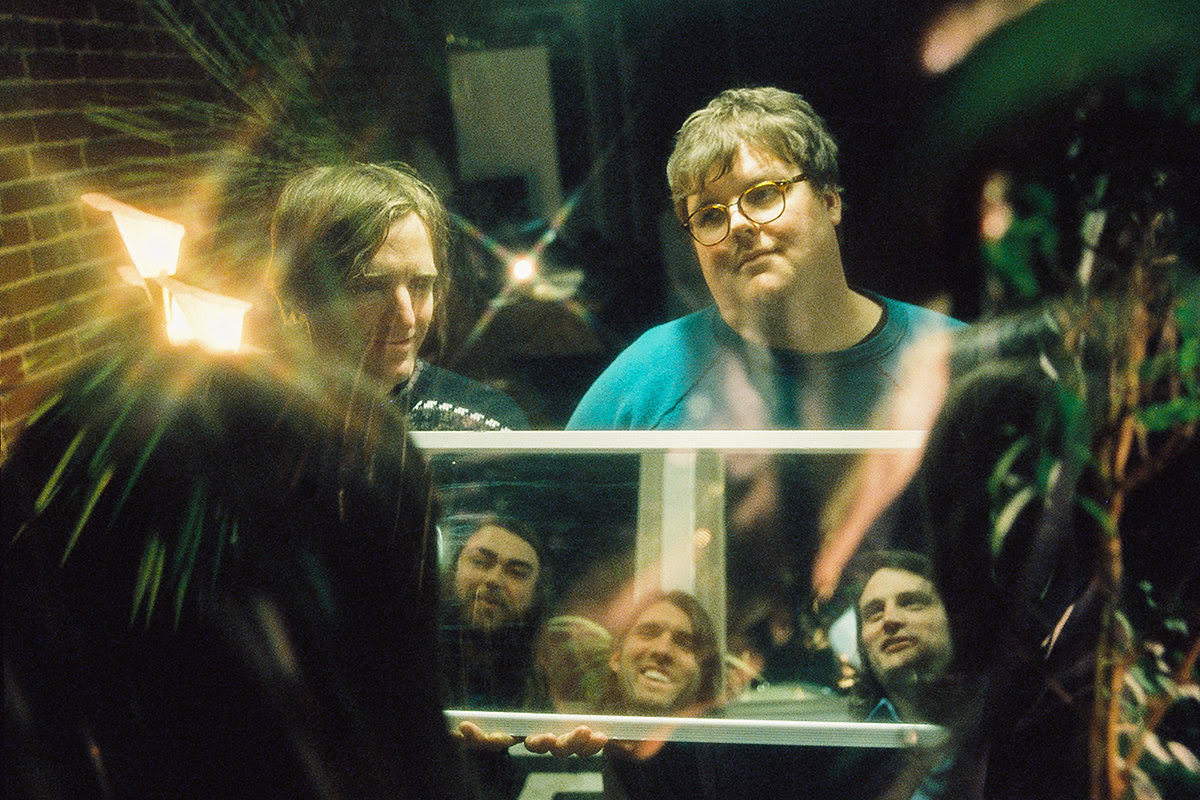 Shy Boys, recently released the two singles “Dim The Light” & “Brick By Brick”. “Dim The Light” comes on the heels of their 2018 album and Polyvinyl debut, Bell House. The two new songs were written and recorded in the Fall between tours: “I think we’re in a space where we don’t want to hold anything back.”, Collin says. “Being on the road has given us the confidence that we can deliver.”

“I wouldn’t say we were intentionally going for something specific”, says Kyle Rausch, Collin’s brother and bass guitar and drums, “More than anything, we didn’t want to do Bell House 2.0. I don’t see us as the kind of band that makes the same thing over and over again. It’d be too dull to keep us interested.”

“I recently got back into ‘90125’ by Yes,” says Kyle, “I admit it’s not for everyone. But that record to me is Yes’ version of ‘Invisible Touch’ by Genesis. They were pushing towards more pop structures on that album and embracing more mainstream production quality”.

Collin describes “Brick by Brick” as a “snakey track. The slow beat, the way the synth bends when it enters, the whispery bridge vocals. If it’s one thing Shys can do, it’s making a sweet song sound sinister.”

Shy Boys spent the bulk of 2018 on the road in support of Bell House, touring with Cut Worms, La Luz, Wavves, and Frankie Cosmos. The band will head out at the end of this month with STRFKR before making their way to SXSW