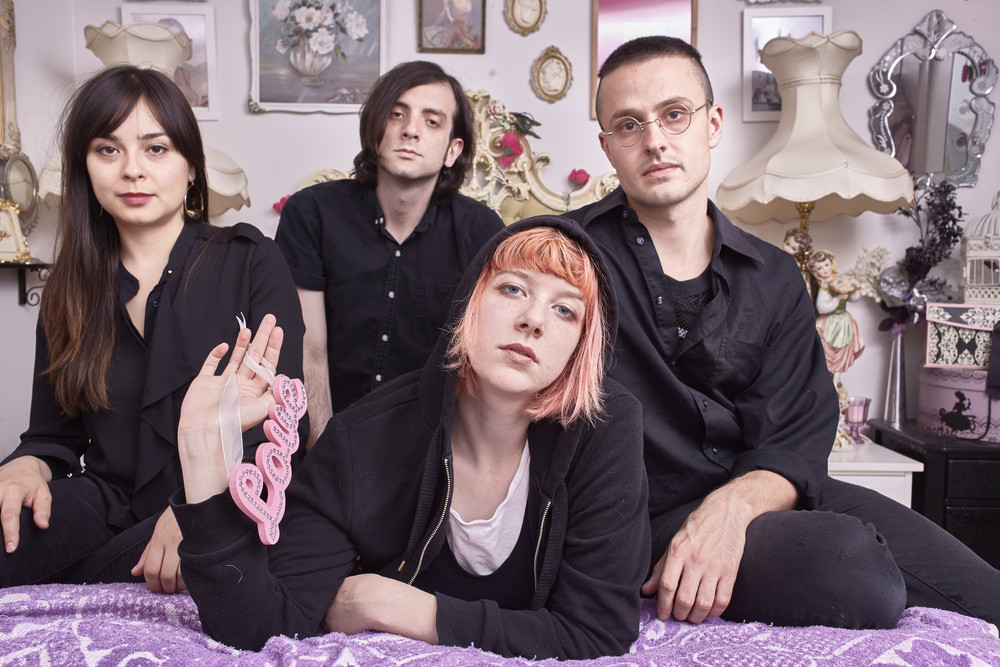 Dilly Dally have released a new video for “Marijuana.” The timely song and Andrew Knives directed clip, is off their current release Heaven, available via Dine Alone/Partisan Records. The Canadian quartet play their next show on December 6th in Toronto.

“We’ve been inhaling so much fear and hate from our televisions, our leaders, social media…I don’t know about you, but the anxiety and eventual depression became overbearing.

The only way I could keep functioning, and get through writing this record, was with some assistance from weed. Basically, if I didn’t write anything good by sun down – I would smoke sativa for good measure. It would clear my creative pathways, help me forget about the expectations of others, and almost hide away in my own protective energy field.

Legalization in Canada is one tiny step toward an uphill battle of reconciliation with all of our citizens – primarily people of color – who for decades have been arrested unfairly for dealing, possession, etc. There are still many laws prohibiting how we’re able to access, consume, and sell cannabis.

So while we still have a long way to go – I’m happy to contribute a song that may perhaps help shed off the stigma that weed is anything other than a sacred tool that many cultures cherish. It needs to be respected.”