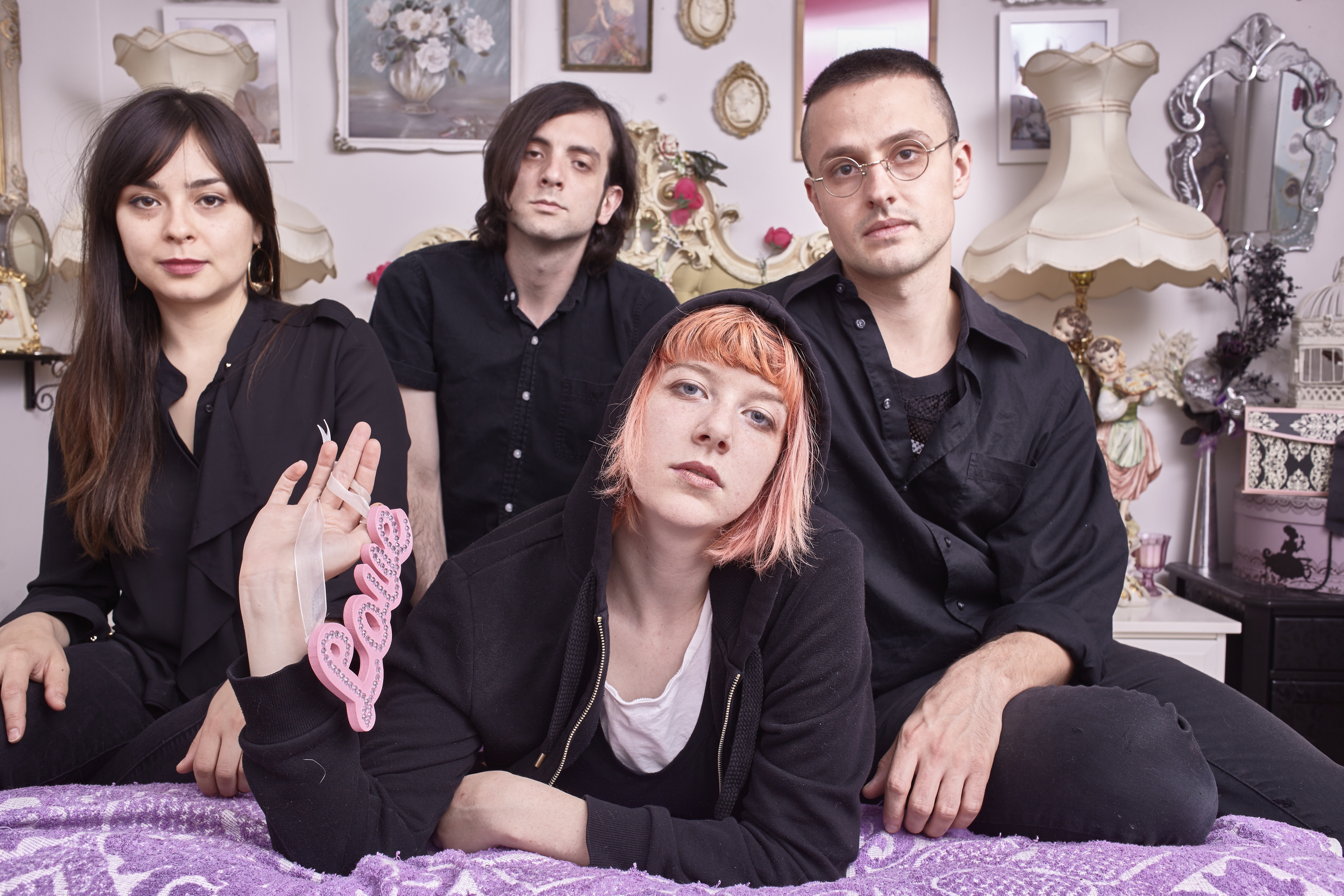 Katie Monks and Liz Ball have been connected through music. The two Toronto-based musicians met in high school over a common love of legendary bands like The Pixies, scrawling lyrics and poetry to mimic their heroes. Both self-taught guitarists, Ball and Monks also idolized the lackadaisical sorrow of Kurt Cobain, Christopher Owens and Pete Doherty, slowly manifesting that admiration into their own band they called Dilly Dally.

Today, the band have announced that they’ve signed to Partisan Records in the US and Buzz Records in Canada & will be releasing their first LP, Sore, on October 9, 2015. The band’s first single, “Desire,” premiered today. Monks said of the song:

“We made this song the first track on our record because it gives off the feeling of a fresh start / new beginnings. It’s about a huge sexual release, but it’s also about fantasies, youth, and purity. ‘Sore’ is an album about rebirth…hence its disgusting guitar tones and constant moaning. What can I say, happiness is a struggle, but the last thing I’d ever want you or anyone else to do is give up that fight.”

Dilly Dally’s debut album Sore is heavy and melodic. The record has nods to Sonic Youth, Yeah Yeah Yeahs, The Distillers, and even The Pogues. Monks calls it “All that and a bag of weed.” After years of rotating members (Ball and Monks have traded out three drummers and bassists), they have settled with Benjamin Reinhartz on drums and Jimmy Tony on bass. The band collaborated on their debut, with Josh Korody (Fucked Up, Greys) and Leon Taheny (Owen Pallett, Austra, Dusted).

“Josh literally introduced me to pedals,” admits Monks. “He is obsessed with guitar sounds and helped us carve out the textures we wanted for our songs. Leon is great at looking at the big picture. Giving the songs what they need, and bringing clarity to the moments that needed it. Making that record was just six friends working our asses off together, having fun, and having serious talks about life and shit.”

Ball and Monks are ready to embark on tour and figure out the ropes along side their bandmates, who have been around the block a million times over in their previous projects. The band will join fellow Canadians, METZ, this summer for a string of dates through the US and Canada.

“Music, to me, is a cultural conversation happening all the time – and I wanna be a part of it. Listen to what others are saying, and respond…it all connects to what is going on in the world. We came from the suburbs with complete naivety, and blind faith in our dreams,” says Monks. “We still have that blind faith, I guess. Perhaps, we are less naive.”