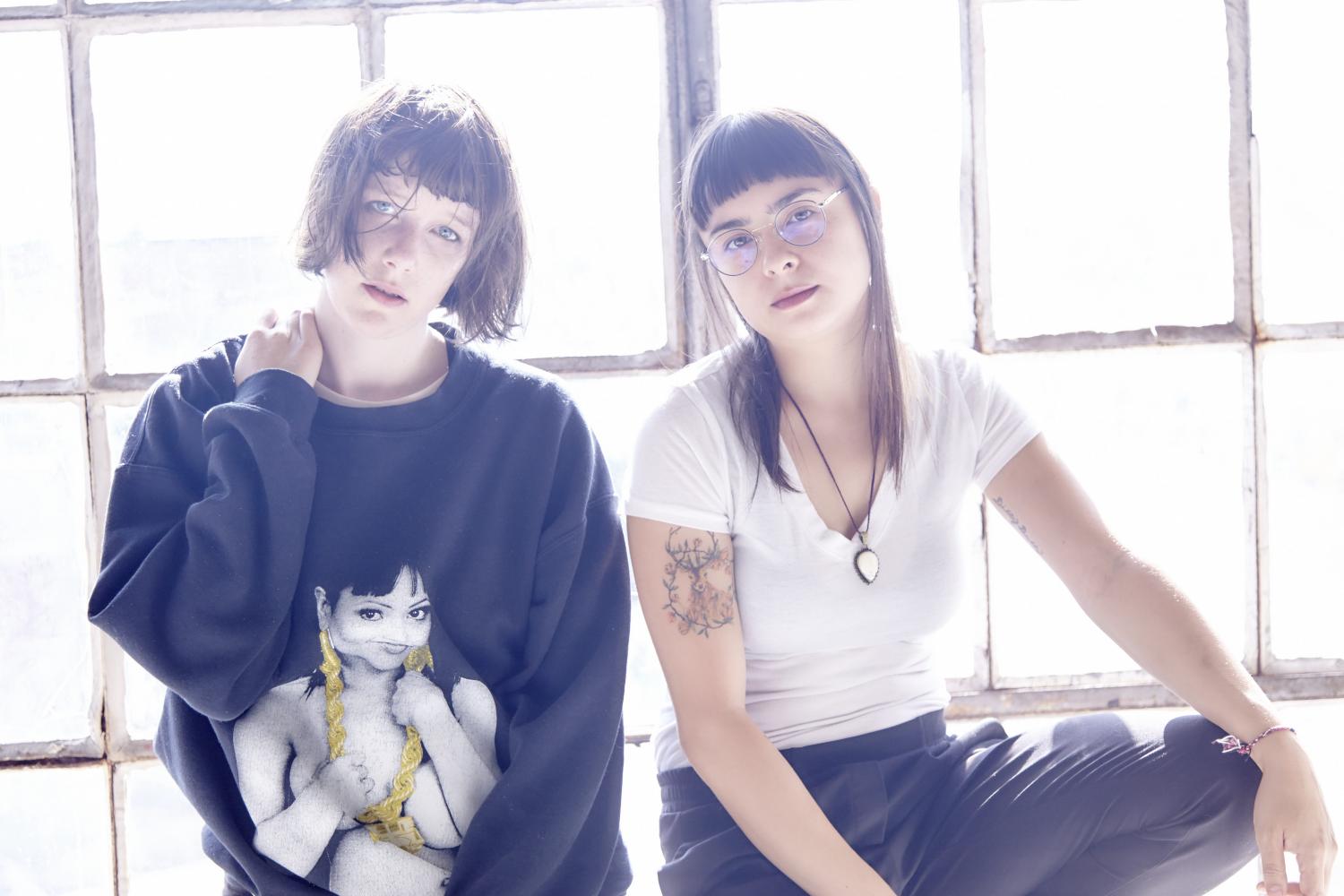 Dilly Dally captured something special on their debut release Sore so they don’t want to do anything to lose that magic on their next record. Following stints touring around Canada and election-time tours around the U.S. with Grouplove, the guitar band has had a lot happen in their lives since then. We caught up with singer, guitarist and songwriter Katie Monks ahead of their set at Camp Wavelength in Toronto to talk about their interesting American tour, why avoiding endless practicing can be good and why they covered Drake.

Northern Transmissions: What does Camp Wavelength offer you guys that a club show doesn’t?

Katie Monks: One of the first shows we played with Ben and Tony was a Wavelength show in Kensington Market. I remember there was a piñata and really cool visuals, all the other bands were really amazing and I made a lot of good friends that night. It’s just well curated and it’s good at booking bands early on in this city. This year they’re going to have bands that people are just finding out about.

NT: How was your recent experience touring with Grouplove and was there something in particular you took away from that experience?

KM: The biggest thing for me about that tour was being in the States a month before the election. Then were there for a month after the results. Every night we’re opening up and Grouplove is saying “Vote For Anyone BUT Trump.” Thousands of regular people would cheer every night to that. I remember when Trump became president, there was a wave of depression across the country. We played in Washington, D.C., the day the results came in and we got on stage, people were quiet in a way we hadn’t seen on that tour. We played a couple songs, but it was still quiet. Then this guy in the front row with glasses and braces said loudly “AMERICA SUCKS” and I said to the mic “Yeah” and the whole room cheered and went wild. It was like the whole room wanted us to acknowledge what happened. Even though it was hard to be in the country at that time, I was glad to be there for it. It’s important to get a sense of what’s going on outside Canada. Of course all the bands and the crew from that time were great, we were all hugging each other. The guitar tech really liked us, guitar techs really like Dilly Dally (laughs) we liked him too.

NT: I know you had the FKKT remixes last year so I was curious if you’ve been working on any more music and what we can expect?

KM: We’re writing a record right now so we definitely have something on the way. A lot has happened since we wrote Sore, in the universe and inside ourselves. We’ve been taking our time with this record, Sore happened naturally, so want that and we’ll likely be recording it this winter.

NT: Considering your pop leanings, do you think you’ll move more in this direction with your next record or are you guys embracing the raw guitars more?

KM: (Laughs) It’s logical to us. Will the guitars be stripped back? No. Dilly Dally is a guitar band, so there will be lots of guitars on the next record, I can say that much. It’s going to be Dilly Dally, but we’re taking more time with it this time. We’re not going into the studio and banging out 10 songs in 11 days. We want to give the songs what they need in the studio and feel it out. There’s something magical to that, hitting record on a new idea rather than something that you’ve done a hundred time. “The Touch” really came together in the studio, and some of the more interesting sounds and layers came in the moment. I’m looking forward to having more opportunities to doing that.

NT: Do you think you’ll be digging from any early work considering you had a six year build towards Sore?

KM: We’re starting from scratch. It’d be nice to pull songs from then, but I don’t know how suitable they would be with the new stuff. I don’t know what I’m making, what’s coming out of me. I can’t control it, so whatever it is, I want to let it stand alone, and not pull 19-year-old Katie back into the mix. We’re hoping to have a record for the first time where we can say, “We put that together in half a year.” The record came out in fall 2015, and we toured all the way through the beginning of this year, there was no time to write. Just talking to lovely journalist, emailing and riding in a van, dreaming of the next record.

NT: Speaking of pop, what appealed to you about covering Drake’s “Know Yourself” beyond just hometown glory?

KM: We weren’t trying to rep Drake. We thought it was a fun, twisted and weird thing to do. I love it when bands cover songs that aren’t really their kind of stuff, and make it totally new. One day Liz just said “That would sound good on guitar.” We jammed it out and said “I think we just made a new metal Drake song.” It’s fun to play for people that don’t know Dilly Dally, and hear all these bros who don’t know us say “I really like your Drake cover.”

NT: Have you found it hard keeping your shredding vocals alive for the past years of touring or is it something you got used to before being on the road?

KM: I’ve never hurt myself. But if it’s raining in England and we’re playing four shows there in the same day, that can become an issue. You take vitamins, and you sing Sinéad O’Connor before you go on stage, and you don’t smoke weed on tour, or cigarettes either.