Toronto’s Dilly Dally saw the release of their exceptional debut album Sore in the fall of 2015, leading them into a new year that was destined for greatness. 2016 proved to be just that. Taking the world by storm and touring nonstop alongside acts like Weaves, Grouplove, and Muna, Dilly’s fanbase has multiplied into an adoring mob of young adults who like rap music, cats and marijuana almost as much as they do. Finally back in their hometown of the 6ix, Dilly took to the stage of Lee’s Palace for one last show of 2016 before hunkering down to begin the writing process behind album two.

Longtime local friends Beliefs served as the second opening act of the night, engulfing the crowd in their heavy and loud, distorted shoegaze sound. The dynamic between the bands Jesse Crowe and Josh Korody (who lent his talented, producing hand on Sore) was emphasized during “Comb”, the final song of their set. Featuring both Crowe and Korody on vocal duties, they commanded the crowd in a hypnotic closer that reverberated in your lungs long after they had left the stage.

It became evident how much this past year has really done for Dilly Dally when eager fans began to chant the band’s name in anticipation, moments before they graced the stage. Kicking off their set with a flurry, an over zealous mosh pit was in full swing by the opening notes of the set’s second track “Ballin Chain”. Frontperson Katie Monks’ snarling vocals sounded rough and raw as ever, while co-pilot Liz Ball shred on lead guitar just steps to her right. Despite a shift in the band’s lineup earlier this year, their sound remains unbridled and raucous.

The growing popularity of a band guarantees the addition of new listeners and show goers into their already tightly knit fanbase. For bands like Dilly Dally, who exude energy and genuineness in every aspect of their craft, this success is well deserved. However, this doesn’t come free of concerns. Despite frequent complaints from Monks throughout the night about the stage divers who clambered on stage, stepping all over the bands delicate pedals and cords before weakly launching themselves into the crowd, they continued. Monks’ annoyance was evident, warning the crowd surfers that she would (not-so-jokingly) beat the shit out of them if they continued which, much to my chagrin, they did. A man in the front row spent the majority of the set reaching out towards Monks, urging her to grab his hand, to which she constantly shook her head at and even physically rejected with the heel of her army boot. There seemed to be a lack of respect for Dilly Dally at a show where they deserved it most, leaving me with an unpleasant feeling in the pit of my stomach. Their artistry and showmanship have made them one of the most reputable new bands to come out of Toronto’s scene. With Dilly’s rising popularity and influx of new fans, I hope that they will always be treated with the decency they so deserve, especially in the familiarity of their hometown. 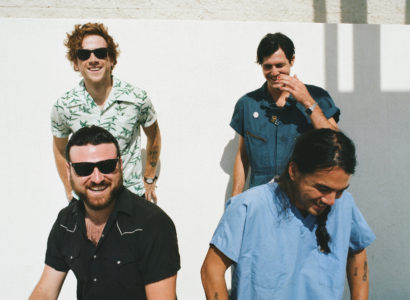 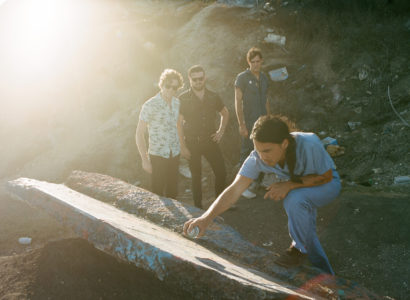