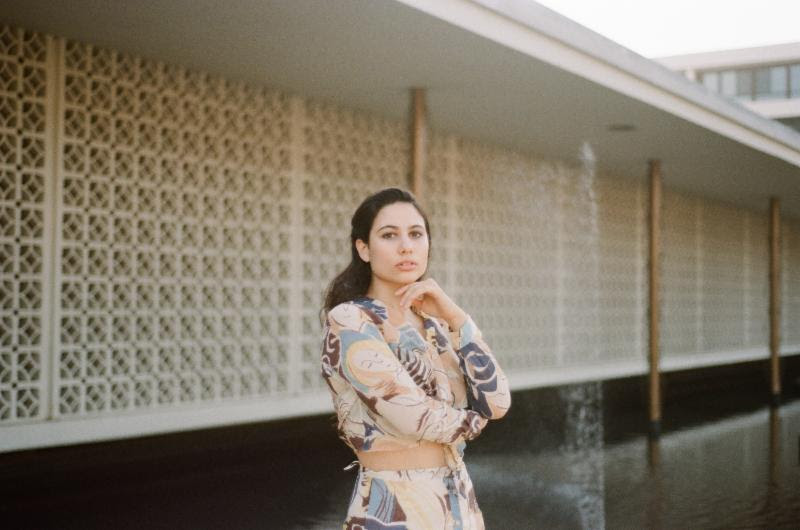 Along with the news Lisel has shared the album’s lead track, “Digital Light Field” – a sparkling dream of a song, which Bagg explains is “about our attempts to make sure the things that happen around us are meaningful by capturing them electronically, affirming and insisting on their significance. We ‘pixelate’ each other in the light fields of our phones, and then shy away from the things in reality we, maybe, really need. The fact that on this record I was mainly processing my own voice — something human, intuitive, elemental — with the digital world of the computer, felt really significant. Each song on the album feels like it’s own individual micro-biome built out of the different versions of how I might use or manipulate my voice in that way.”

“My main instrument is my voice, not a keyboard or a guitar, so I wanted it to be the genesis of every song,” she says. Bagg meticulously constructed each track on Angels on the Slope, beginning with samples of her voice as the foundation, either by singing a note in a particular style or by manipulating them in order to create a vocal color that would be the defining feature of the song “I was trying to use the resources I had within me, within my body, to make something that feels true about the way we live our lives now, in 2019. That’s why I wanted to focus on my voice-I wanted each song to be literally made out of me.”