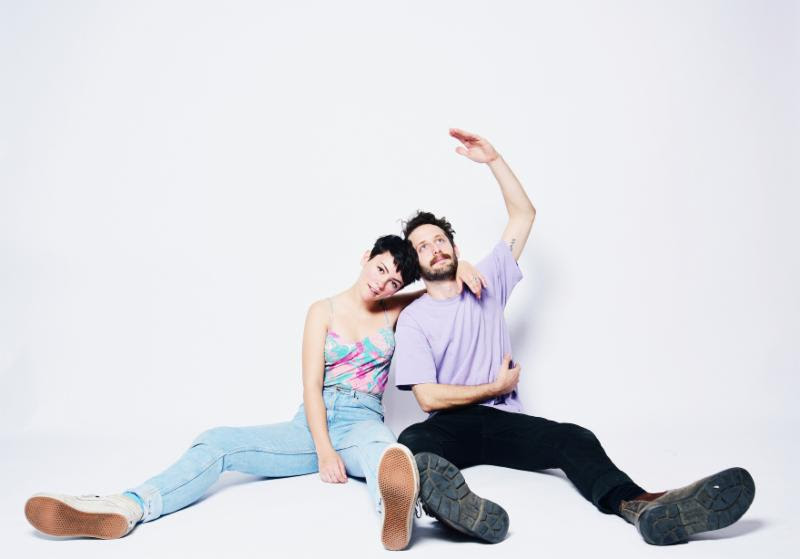 Today, Diet Cig have shared the single “Link In Bio” off their forthcoming debut album Swear I’m Good At This. The band’s Alex Luciano notes, “‘Link In Bio’ unpacks this idea that women + femmes should be any specific way and says uh NO. It’s an extra special fuck you to the notion of a ‘chill girl’ that I swear was created by cis men to make women + femmes feel bad about voicing their feelings. It’s me screaming that it’s okay to be loud and bossy and sensitive and kind and weird and angry and ecstatic and literally any other emotion that you feel because YOU ARE A RADIANT AND NUANCED HUMAN BEING WHO IS GOING TO TAKE OVER THE WORLD <3." "Link In Bio" is available via all DSPs. Swear I’m Good At This was produced, engineered and mixed by Christopher Daly at Salvation Recording Co. in New Paltz, NY with additional recording at Atomic Sound in New York City.

Swear I’m Good At This is being released on April 7 (Frenchkiss). Since the album’s announce the NY-based band has shared 2 additional singles, “Barf Day” and “Tummy Ache” to world-wide acclaim. The band will embark on a tour of North America that week with dates kicking off April 5 in New Haven, CT. They play Brooklyn’s Baby’s All Right on April 7 – both the early and late show are now sold out – and The Echo in Los Angeles on May 4. All dates are listed below. On tour, Diet Cig will have Girl’s Rock Camp affiliated camp bands and other young musicians joining them to open a handful of shows.