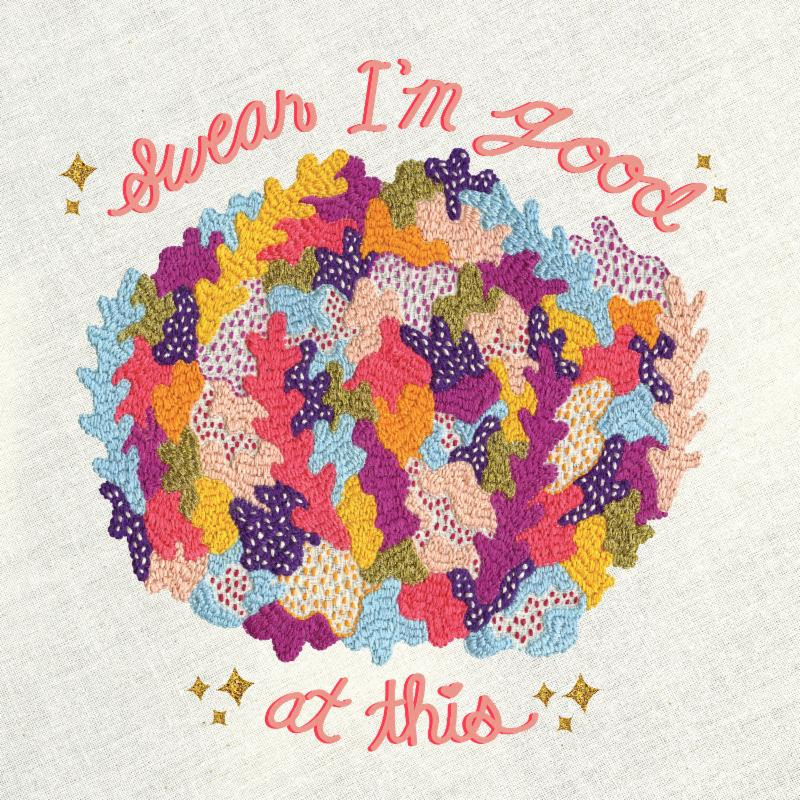 Diet Cig is Alex Luciano (guitar and vocals) and Noah Bowman (drums). The duo have been playing music together ever since Luciano interrupted the set of Bowman’s other band for a lighter. The New Paltz, New York duo have since released Over Easy EP that introduced consistent sing-a-long lyrics with thrashing drums and strums that never held back. Next week, sees the release of Swear I’m Good At This, the debut album from NY’s Diet Cig. Today NPR is streaming the album in full.

Diet Cig’s first tour in support of Swear I’m Good At This kicks off next week with a show at Bar in New Haven, CT on April 5. They play Brooklyn’s Baby’s All Right on April 7 – both the early and late shows are now sold out – and The Echo in Los Angeles on May 4. All dates are listed below. On tour, Diet Cig will have Girl’s Rock Camp affiliated camp bands and other young musicians joining them to open a handful of shows. Further, Diet Cig will be collaborating with Tuesday Bassen on limited-edition pink silk bomber jackets only available in the preorder bundles.