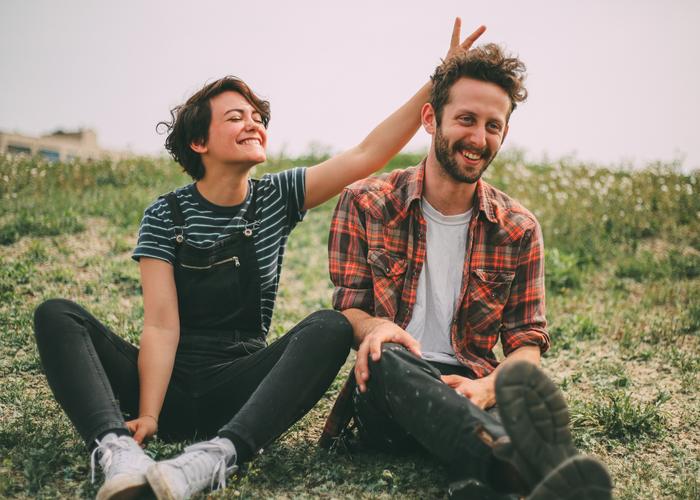 Amazon Music has released the new song, “Together We Can Conquer Whatever,” by pop-punk duo, Diet Cig, from the upcoming Amazon Original Special, American Girl – Summer Camp, Friends for Life.

Inspired by the messages of empowerment and friendship featured in the special, singer and guitarist Alex Luciano, and drummer Noah Bowman of Diet Cig, jumped at the chance to record the single for American Girl – Summer Camp, Friends for Life.

“We were so excited to write this song the moment we read about the episode! We literally wrote and recorded it in two days and we wanted to create a song that embodied the spirit of togetherness and empowerment that the characters exude. The lyrics were inspired by how the girls work together and use their individual strengths; it’s great to see young girls represented as smart, nuanced, curious characters and our song tries to capture that energy” explained Luciano.

In An American Girl Story: Summer Camp, Friends for Life, friends Z (Zoe Manarel, The Nightingale) and Paz (Alison Fernandez, Logan) arrive at S.T.E.A.M. (Science, Technology, Engineering, Art, Math) camp excited for tech heaven. When the administrator surprises everyone by restricting their devices, they think their summer’s doomed. Things take a mysterious turn when they meet Jordan (Monique Green, Marriage of Lies), an enchanting “counselor” who sends them on an adventure, opening them up to a world of possibilities – like befriending Drew (Lauren Donzis, Liv and Maddie). The special, directed by Alison McDonald (An American Girl Story – Melody 1963: Love Has to Win), also stars Camryn Manheim (Extant).