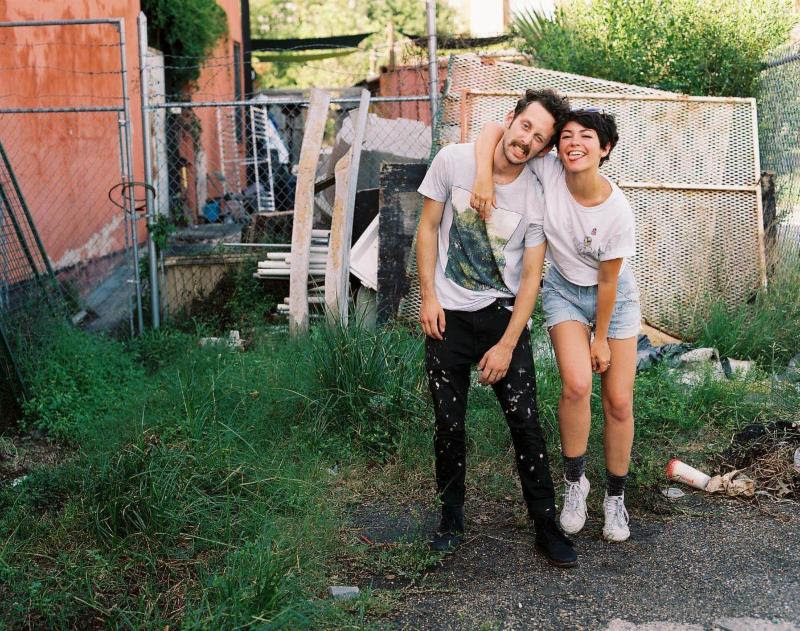 Diet Cig have announced new additions to the tour schedule with the new round of dates kicking off July 9 in Columbus, OH and concluding (for now) at Austin’s Sound on Sound Festival in November. In addition to that festival they will also be performing at Atlanta’s Wrecking Ball Festival in August, and in September Riot Fest in Denver, CO, Hopscotch in Raleigh, NC and Pop Montreal. Headline shows are on the schedule for, among other cities, Toronto, Brooklyn and Washington, DC.

Diet Cig is Alex Luciano (guitar) and Noah Bowman (drums) and the duo released their EP Over Easy last year. While recalling the sound of speedy twee-pop groups like Tiger Trap and All Girl Summer Fun Band, the record explores “the innocence of adolescence and infatuation.” With Bowman’s crashing drum kit offering stationary support, Luciano becomes an onstage tornado as lines between band and audience blur into a massive dance party.

Diet Cig returned with the seven-inch, “Sleep Talk / Dinner Date.” “Sleep Talk” begins where Over Easy left off, with the candidly self-analytical statement, “I can’t play instruments very well and I’ll eat all of your cereal.” While this line may feel lighthearted, the narrative quickly grows complicated with the gentle admission, “If I told you I loved you I don’t know who it would scare away faster.” “Dinner Date” continues the theme of painful retrospection and vulnerability as Luciano examines familial disappointment.

Both the EP and the singles were recorded with Christopher Daly at Salvation Recording Company in New Paltz, NY and mastered by Jamal Ruhe at West West Side Music.

Diet Cig is currently working on their full length debut.

# = w/ Free Cake For Every Creature