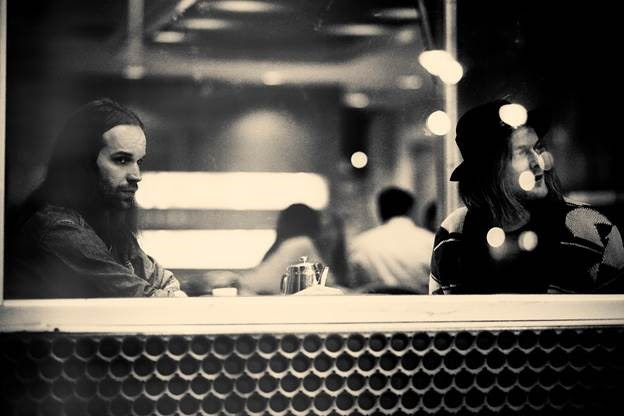 Dicey Hollow is comprised of Ericson Stakee (lead singer and guitarist of Alberta Cross) and Jamie Biden. Today the duo have shared the lead track “Silver and Sand.” The song was mixed by Nico Aglietti (Edward Sharpe and the Magnetic Zeros) and features musician Aaron Embry (formerly of Edward Sharpe and the Magnetic Zeros, Elliot Smith) playing synths. “Silver and Sand” will be part of their forthcoming, self-titled debut EP that will be released via Dine Alone Records on July 24th.

Petter Ericson Stakee says, “Silver and Sand” came out of a jam we had in Mt. Tremper in upstate New York, where we wrote most of the record. It sums up the vibe of this EP. We had a grand time recording it with our extended musician family here in Brooklyn.”

Dicey Hollow began as an excuse for old friends to finally get together and create some music. That excuse was a film that needed a score. Although the film never got completed, the two were inspired by the collaboration and kept writing together. Whenever time allowed them both to escape New York City, they would head to Mt.Tremper in Upstate New York to write and demo the songs that would eventually make up the debut EP. The project features the mixing masterminds of Aglietti, Claudius Mittendorfer (Temples, Big Data, Interpol, Johnny Marr) and Kyle Pass.