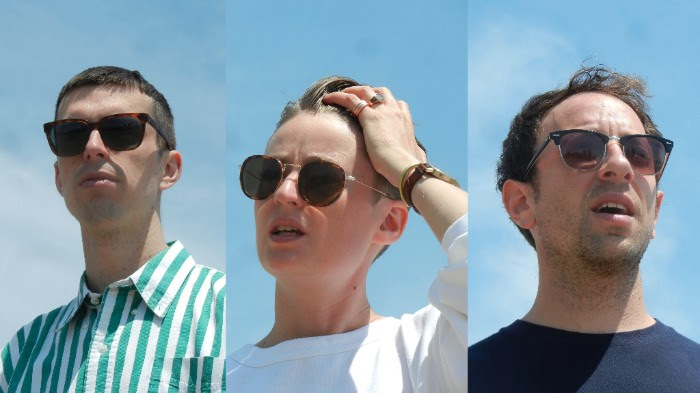 It’s been almost three years since DIANA released their last album, Perpetual Surrender, finally the band are sharing their new single “Slipping Away,” their first release since their debut. The track, which comes from sessions that will make up the band’s forthcoming second album. According to DIANA’s Kieran Adams the song is about the process of self-discovery, and the struggles and tensions inherent to trying to dismantle old habits and modes of thought.

“‘Slipping Away’ is basically a song about trying to be a better person” he says. “It’s about trying to uncover the layers of experience that you build, the things that create your world that aren’t necessarily under your control, and trying to let go of boundaries that you might feel enclosed by. Pride and expectations do so much harm to individuals and society and we often push away enlightenment because we have a flawed image of what a positive shift feels like, and we choose comfort instead of change.

It can be a struggle and I think that’s reflected in the track. It’s dance music at its core, but we were trying to balance the elements that feel a little more ‘heady’ and introspective with elements that are more visceral. It takes an effort of both mind and body to pull yourself away from old habits, and separate the pride and regret that are sedimented into our life experience.”

Self-discovery has been a recurrent theme for DIANA in the time since the release of their first album, a period during which they have, according to singer Carmen Elle, been “learning how to be a band.” The album was among the most celebrated releases of 2013 but, while the band’s members had been involved with other projects prior to DIANA (Elle touring as a member of Austra, and Joseph Shabason playing saxophone for Destroyer), the record was the effort of a band that barely existed, DIANA having essentially been formed as Perpetual Surrender was being written and recorded. The album was conceived as a one off recording project, a constructive way to use studio time that Adams and Shasabon had on their hands, and the excitement that greeted “Born Again,” the first track released from the album, was completely unexpected, propelling them to a place they had never planned on going.

“That the first single got the attention that it got was really sudden and surprising to us” says Elle. “At that point we’d never played a show or jammed or anything. We made a record in a really staggered way, where I only joined the band at the very end, and then we were suddenly getting emails from record labels who wanted to sign us. We put a song on the internet and people went fucking nuts, but that wasn’t supposed to happen at all.” For Adams the experience was equal parts exciting and enervating, as he and his bandmates attempted to harness the momentum that had been generated by music they had no idea how to play live. “It was a big shock, and then we were purely responding to that for a while,” he says. “We didn’t have an oppurtunity to figure out what was natural to do. Everything felt very stressful because it wasn’t coordinated at all and we were just trying to catch up and figure out how to move forward.”

“It’s like the ship of Theseus,” says Adams, “where piece by piece the whole ship is replaced and at the end the question is: is it the same ship? Do the pieces that have been taken away somehow leave a mark? Those frameworks impart a tone so perhaps the resonance of that tone is still there even after the pieces are gone. That’s very much what it was like working on this record. We had to find these songs.”