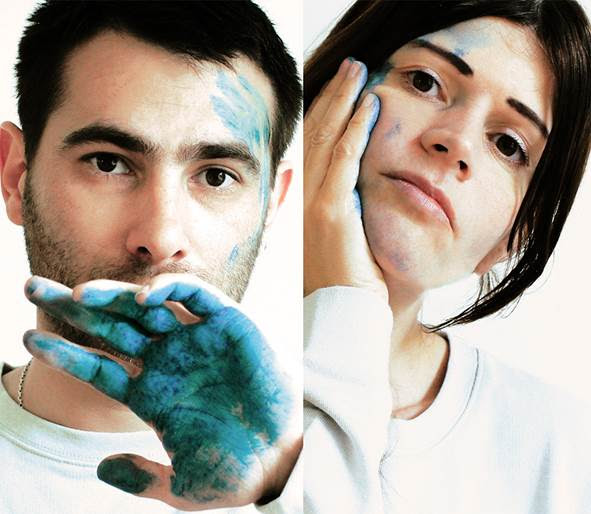 Factory Floor’s “Ya” is the new single, from the UK duo’s second studio album, 25 25, which arrives on August 19th on DFA Records. The track comes after the release of “Dial Me In” which the band shared last month. 25 25 is the follow up to Factory Floor’s 2013 self-titled debut.

Following the release of their debut album Factory Floor in 2013, the band – consisting of Nik Void and Gabriel Gurnsey – slimmed down to a duo. Having already boiled the scorched textures of their early singles down into their debut’s hallucinatory club-not-club stomp, they both seized the opportunity to voyage further along the pathway, mixing the album with David Wrench (FKA Twigs, Caribou).

Inspired by playing a growing number of late-night club shows, the pair’s music gradually evolved into the sound captured on their second album and in their current live incarnation: a stark, ultra-minimalist and eerily soulful dancefloor pulse, yet one that still bears Factory Floor’s unmistakable hallmark of hypnotic repetition and jagged, punkish intensity.