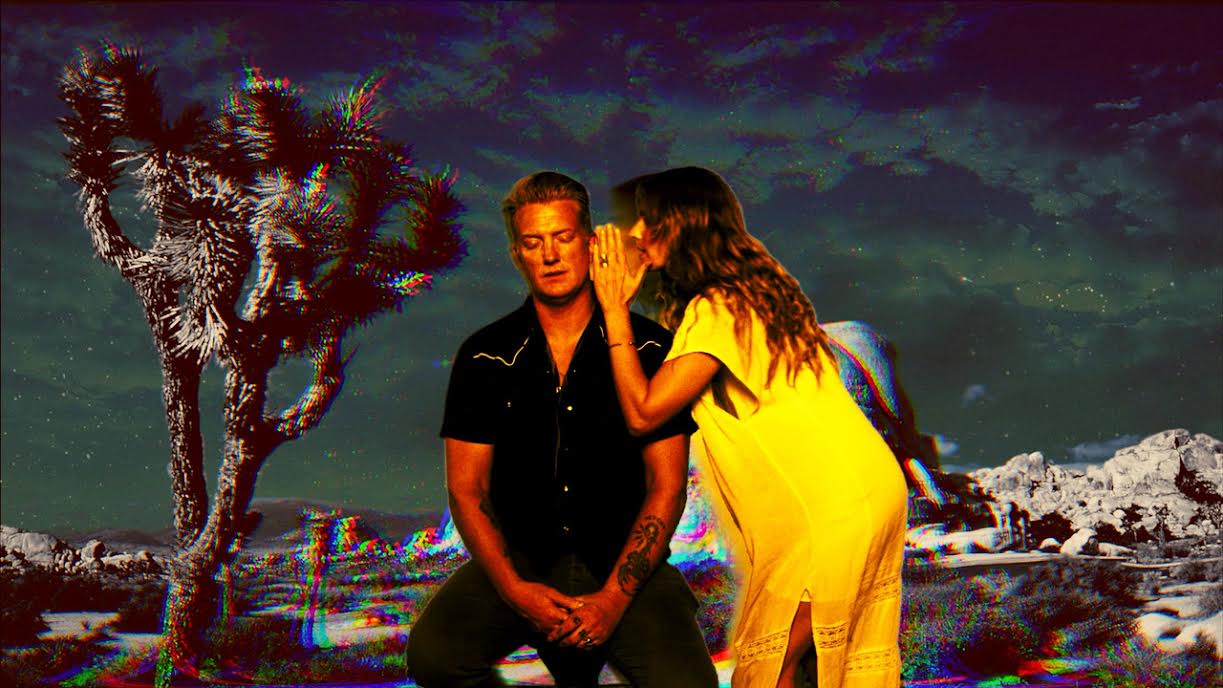 “The video was inspired by Josh bringing an unknown Libby Grace into the Dessert Sessions arena to show her haunting magic to the world. Homme, Sweeney and I are some of the only people who have heard Libby’s music, so the idea of them introducing her to the players and recording process lit the fuse. The song lent itself perfectly to the lonesome desert landscape and the spell that the Rancho can cast on anyone that passes through its doors.” – Rio Hackford.

Dim the lights and join Homme and Grace on a trip through the mystical California desert here . In other news… Inspired by the (disappointingly) frequent misspelling of the Desert Sessions, the desert collective have launched the Dessert Sessions: Feral Recipes for the Joyful Destruction of Taste Buds, a unique collection of otherworldly recipes created and inspired by the music of the Desert Sessions. Cheese stuffed meat rings, sardine topped doughnut cakes, avocado and sour cream gelatin plates abound! Fans can try their hands at one of these recipes here and share their creations by tagging #dessertsessions. Ending a 16-year hiatus, Desert Sessions returned in October 2019 with the most ambitious entries to date in its expansive and elusive catalog. Vols. 11 & 12 were recorded (mostly) in December 2018 at Rancho De La Luna studios in Joshua Tree, CA, with Queens of the Stone Age founder and Desert Sessions ringleader/producer Joshua Homme enlisting a cast of players including Billy Gibbons (ZZ Top), Stella Mozgawa (Warpaint), Jake Shears (Scissor Sisters), Mike Kerr (Royal Blood), Carla Azar (Autolux, Jack White), Les Claypool (Primus), Matt Sweeney (Chavez, Superwolf, Endless Boogie), Matt Berry (What We Do in the Shadows, Toast of London), Libby Grace and of course Töôrnst Hülpft.