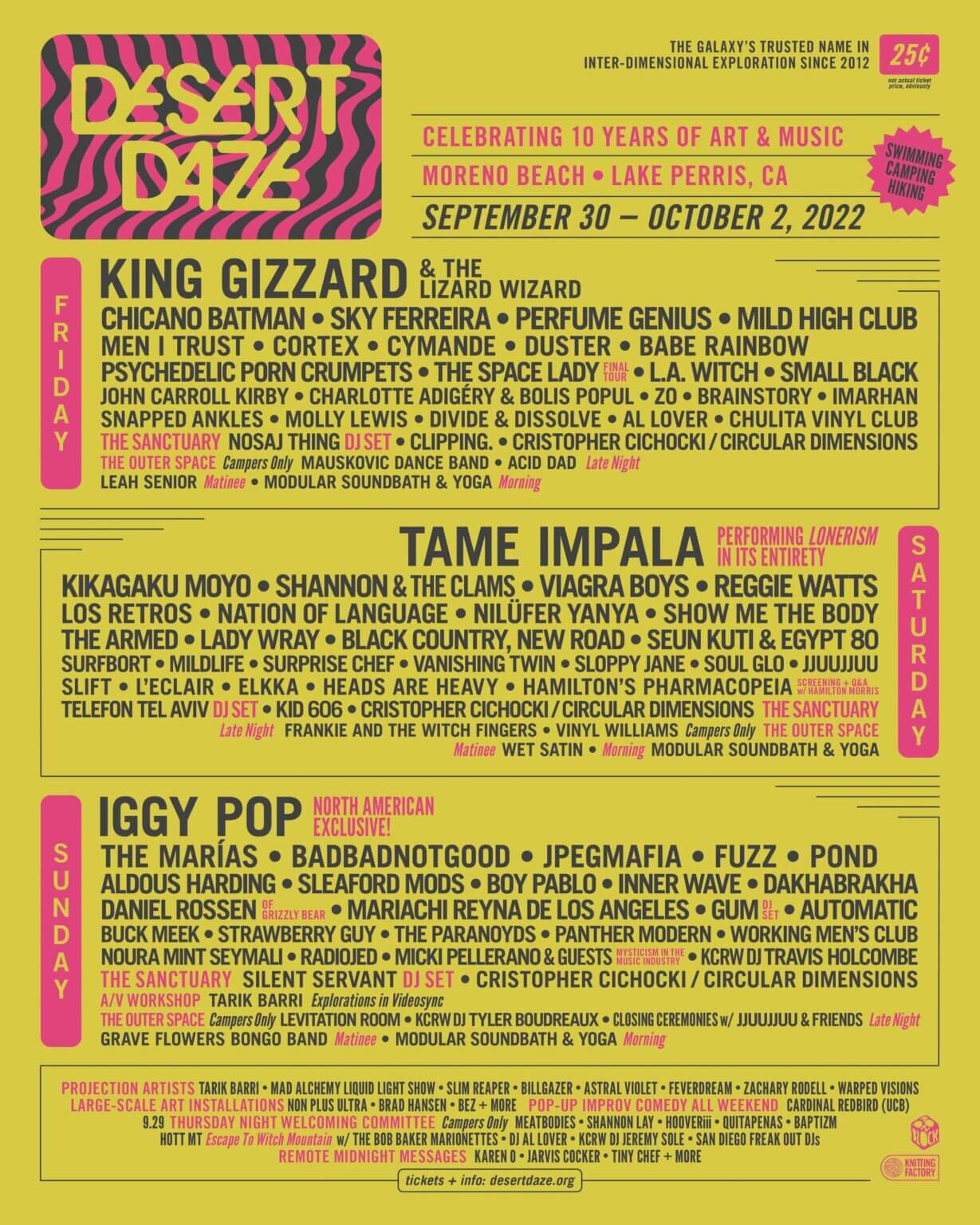 The 2022 lineup will be headlined by Tame Impala who will perform their groundbreaking second album, Lonerism, in its entirety on the weekend of the album’s 10th anniversary; music icon Iggy Pop performing his only U.S. show this year; and King Gizzard and the Lizard Wizard returning for an exclusive Southern California engagement. In addition to the weekend-long collection of cosmic sounds, Desert Daze will feature screenings and talks including conversations with Hamilton Morris of Hamilton’s Pharmacopeia, Micki Pellerano and more; remote-midnight messages from Karen O, Jarvis Cocker and Tiny Chef; pop-up improv comedy from Cardinal Redbird (UCB) all weekend; and more. The grounds will be illuminated by an array of video artists and art installations; and The Outer Space at the well-equipped campgrounds will feature morning yoga, sound baths and late night sets all weekend. 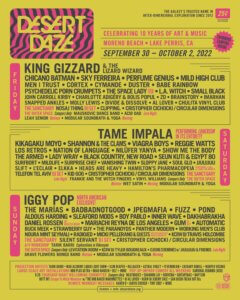 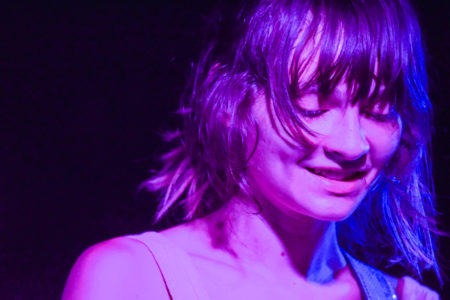