After the Deptford Goth’s album debut Life After Defo and the live shows that followed, Deptford Goth returns this Autumn with Songs, his second record of intensely slow-burning gems.

Where the former was more affiliated with those seamless blenders of dreamy synth-pop, R&B and soul, Songs adds elements of singer-songwriter tradition to his irresistibly yearning electronica. “It wasn’t a conscious decision,” says Daniel Woolhouse. “But I’ve become more accepting of my voice, so it’s more prominent now, which led to structuring the songs in a more classic way. I also wanted people to hear the lyrics. It’s a process of being more upfront and honest.”

Songs‘ mood is still downbeat but tracks such ‘Two Hearts’ and ‘The Lovers’ would suggest he’s found more happiness in his life. “Life After Defo had bits of hope hidden inside but this one’s definitely more joyous,” Daniel agrees. “Instead of closing down I’m opening up and feeling more at peace with myself about certain things.”
Songs also bears the mark of its origins. Last year, Daniel left his south-east London flat where he recorded and Life After Defo for a place by the sea. “It’s pretty peaceful here,” he says. “And more space meant I could develop things a bit more.”

As if to underline his singular mission, Songs’ artwork echoes that of Life After Defo, being by the same artist, Jordan Kasey. “I wanted a continuation. I wanted something figurative, but that resembled a landscape too. It represents to me a connection between the physical self and it’s surroundings, which is one of the album’s themes.”

Songs will be released 3rd November on 37 Adventures, a label founded by the team behind 679 Recordings. 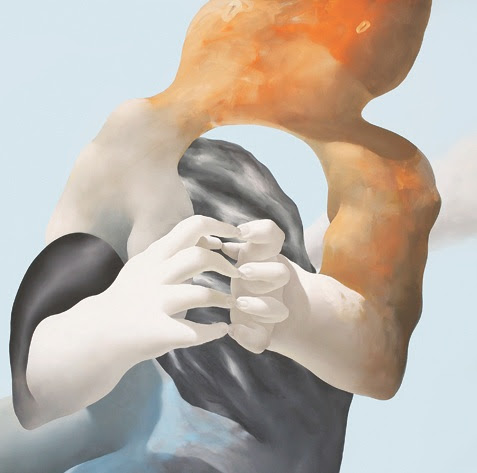