Scotland’s The Yummy fur made/make music that was hard to describe. Witty ‘avant guard pop tunes’ that were short and sweet, combined with a social commentary. Singer / guitarist, John McKeown, fronted the band from their 1992 inception (scores of cartoon melodies under a minute long delivered at high velocity) until their demise in 1999 (after morphing into a more muscular beast armed with eerie Eno-esque synths and longer, more hypnotic grooves.)

Along the way they recorded three albums: Night Club (1996), Male Shadow at Three O’Clock (1998) and Sexy World (1999). Firm favorites of John Peel, they recorded two sessions for the much revered DJ and regularly featured on his show.

After splitting in 1999, McKeown went on to sign to Rough Trade with his band 1990s whilst drummer Paul Thomson and floating member Alex Kapranos formed Franz Ferdinand. Now, with the imminent release of Piggy Wings (Rock Action), a compilation of the best 7″ and album tracks including cult hit, Policeman, the band have reformed to play with a line up featuring original members McKeown on vocals, Paul Thomson (Franz Ferdinand) on drums, lead guitarist Brian McDougall plus the addition of bassist Dino Bardot (1990s / Franz Ferdinand).

“We could be like Micheal Stipe and say we liked the Yummy Fur a lot, but that would be a lie because we LOVED the Yummy Fur with all of our heart! Being able to join them on stage for the reunion tour when they played in Portland stands out to us as one of our greatest achievements in our bands career. We didn’t just like them, we adored them & obsessively collected anything that had to do with them. They were a beautiful mystery to us in America. Who were these strange weirdos that sang about Lydia Lunch and wrote these 2 minute post-punk masterpieces? Yes, the Yummy Fur were the greatest English group in our humble opinions.” – Beth & Nathan (The Gossip) 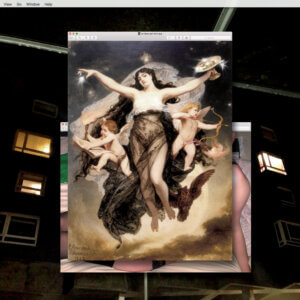 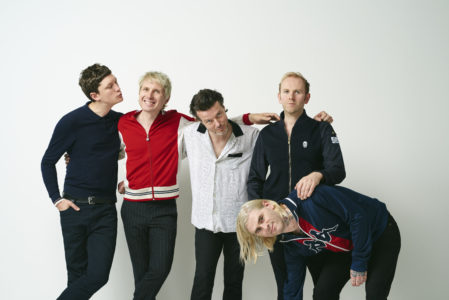