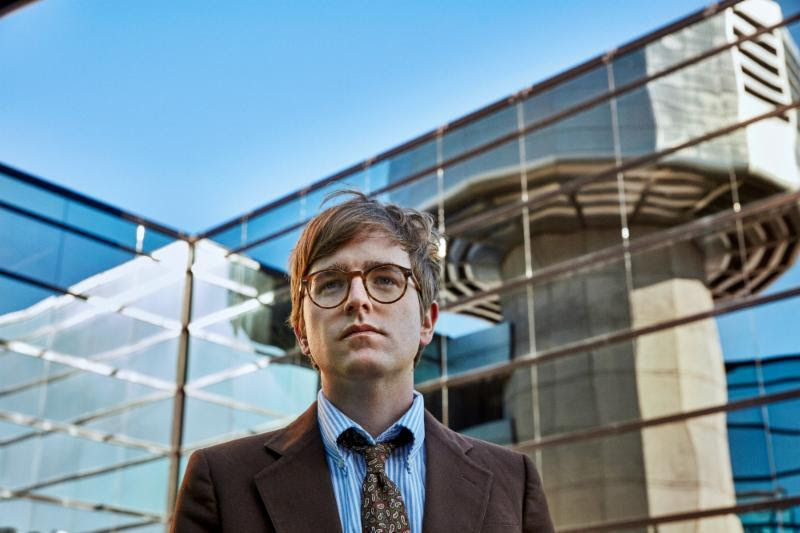 Singer-songwriter Dent May is thrilled to announce his new album Across the Multiverse will be released on August 18 on Carpark Records. May premiered the record’s title track, which features Frankie Cosmos, recently, and is available to stream.

Dent May: The Mississippi-born, Los Angeles-based songwriter, performer, and Dolly Parton enthusiast has since released two records, Do Things (2012) and Warm Blanket (2013), dropped the holiday smash “I’ll Be Stoned For Christmas,” and played hundreds of shows from Shanghai to Chicago.

“Don’t wanna move to Southern California / I wasn’t really meant for LA…” So sang Dent May once upon a time, now he’s eating those words with a side of avocado toast in his new Los Angeles bungalow. What made the lifelong Mississippi boy pull up stakes and head west? “No one looks at you funny if you wear a tuxedo to the supermarket.” What he means is he moved there to shake up his surroundings, clear his head, and write the most accomplished record of his young career, the magical mystery tour de force Across the Multiverse.

Following the lead of musical-polymaths-with-LA-ties before him like Brian Wilson, Van Dyke Parks, and Harry Nilsson, Dent’s style on Across the Multiverse will be familiar to fans of his previous work. Yet there’s something more refined about this collection… Stately strings mingle with boogie piano like old friends. Synths weave a celestial backdrop throughout. Every verse, bridge and chorus in its right place, giving it the unmistakable feel of a true songwriting craftsman at work. Lyrically Dent has never been sharper, musing on themes like modern romance (“Picture on a Screen”, “Face Down in the Gutter of Your Love”), existential dread (“Dream 4 Me”, “I’m Gonna Live Forever Until I’m Dead”), and the distance to the moon (“Distance to the Moon”) as he searches for meaning among the infinite scrolling feeds of our 21st century augmented reality. The title track, a duet with Frankie Cosmos.

Across the Multiverse was written and recorded in a sunny bedroom in LA’s Highland Park neighborhood, with Dent producing and playing nearly every instrument himself. The tracks were selected from dozens of songs written after the LA move. It’s his first album for Carpark Records and will be released August 18th.

Dent May –
Across the Multiverse
Carpark Records