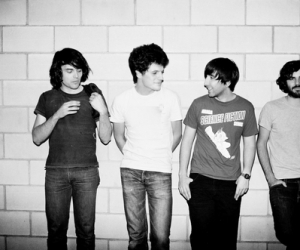 Due to circumstances beyond their control Barcelona-based Delorean are rescheduling their previously scheduled fall tour of the United States. The band had previously announced a handful of postponements and are now confirming the entire tour – originally booked for October – is being rescheduled for January and February.   The first date of the tour is now January 24 at Brooklyn’s Music Hall Of Williamsburg and they will be playing Los Angeles’ El Rey Theatre on February 7. It winds up in Boston on February 23.   The complete tour is listed below and more dates to be announced soon.

Delorean’s latest album Apar was released this Fall on True Panther Sounds.   The band released a video for the track “Destitute Time”