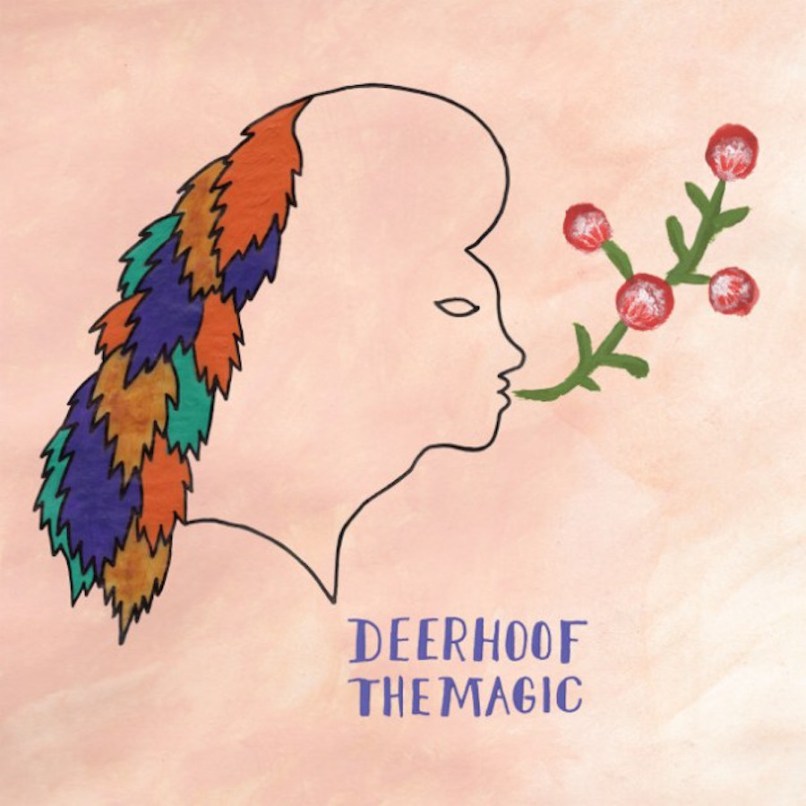 22 years down the line, Deerhoof is still fully committed to blurring the boundaries between pop, indie punk, and the avant garde. After this long a journey, though, the San Francisco genre contortionists seemingly realized that they were running the risk of burning themselves out. The band’s eleventh long player, The Magic, is an attempt to shake things up and get them out of their comfort zone. Specifically, they eschewed working in a regular studio to instead remodel an abandoned office building in the deserts of New Mexico, within which they wrote and recorded the album in 15 days. And while it’s an extremely eclectic collection, it still somehow sounds exactly how you’d expect a Deerhoof album would.

Taking things in a rawer, charged-up direction, tracks like “That Ain’t No Life to Me” and “Dispossessor” are quickly blasted-out experiments in garage rock, the latter wilding-out with palm-muted six-string chunkiness and the group singing together about “giving it all you can.”

Beyond the change of scenery, The Magic was apparently inspired by music the band “liked when we were kids,” with drummer/vocalist Saunier explaining that “sometimes hair metal is the right choice.” Despite a pre-order bundle for the album tacking on a limited edition cassette that included a cover of Def Leppard’s “Pour Some Sugar On Me,” there’s not much in the way of outrageously spandex-clad sounds on the record proper. That said, the stilted and staccato guitar leads and bright, booming drums of “Learning to Apologize Effectively” bring to mind an art rock re-envisioning of AC/DC’s similar arranged “For Those About to Rock, We Salute You.” Thematically, “Acceptance Speech” delivers rock god braggadocio with lines like “Deerhoof here we are, Deerhoof here we come / We love to visit your towns,” but this is subverted a bit via mellow-voiced Matsuzaki and the track’s disappointingly ho-hum pace.

For all of its eclecticism, Deerhoof don’t exactly pull off their biggest trick with The Magic. At 15 songs long, the record can become a bit exasperating. Biggest offenders include an oddball update of the Ink Spots’ “I Don’t Want to Set the World on Fire.” The cover offers up luscious, sun-melted production touches, but the eventual disjoint between the track’s jazz chords and scattershot drum machine snares makes it too woozy for its own good.

“Kafe Mania!,” a shout-out to fresh-pressed morning bevvies, blends quirky, caffeinated riffs with Matsuzaki’s milky vocal melodies, but seems a little too within Deerhoof’s wheelhouse to keep longtime listeners energized. Lastly, “Nurse Me” is an irritating finale that leans too hard on stop-start rhythms and an unnervingly whomped wood block.

While mixing together this many different styles of music demonstrates Deerhoof’s sleight of hand, this extra-stuffed full-length can still only keep one’s attention for so long. Parts of The Magic are mesmerizing, while others are more than maddening. There’s still a lot of quality material on the album, so no one’s walking away from Deerhoof yet, but fans may start getting antsy over what the long-running outfit pulls out of their collective hat next.