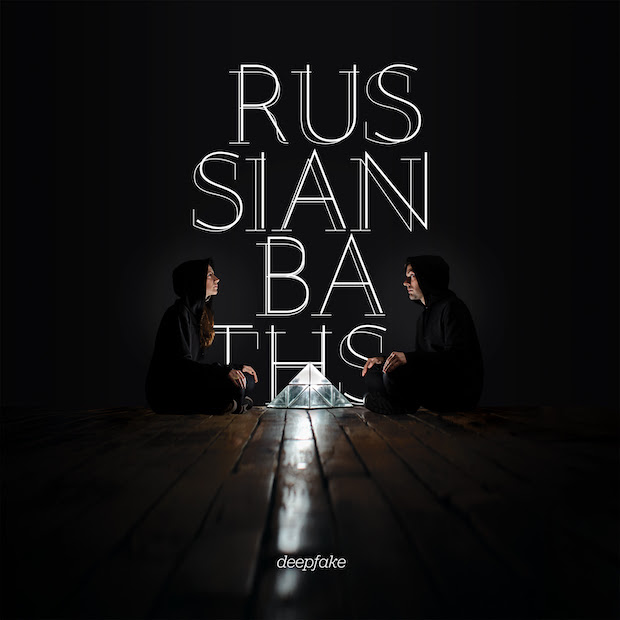 There’s something about Russian Baths’ band moniker that doesn’t quite conjure up a soothing soak in the tub; there’s no candles or aromatherapy bath salts here. The New York duo swap out the relaxing notion of unwinding whilst submerged to the neck in foamy bubbles, with an overflowing bathtub filled to the brim with acid or poisonous snakes. Such is the acerbic noise that Jess Rees (guitar/vocals) and Luke Koz (guitar/vocals) create, it’s the kind of racket to induce a panic attack rather than instigate a period of quiet meditation. ‘Deepfake’, the outfit’s debut record, sets up it’s stall in the nuclear wasteland between Sonic Youth-esque alt-rock screeches, the angrier side of shoegaze and the visceral assault of DC and NYC hardcore. It’s an album that deals in juxtaposition; it can swing from timid and intimate to towering and volcanic, whilst skirting around the edges of cinematic one second and then a near nothingness the next. The marriage of untamed sonics and near indecipherable vocals creates an uneasy sense of anxiety and fury.

‘Responder’ is the first window into ‘Deepfake’s unforgiving landscape; a whirring mesh of gnarled guitar tip-toes the borders between coarse and ethereal. The overwhelming feeling is that of suffocation and this is typified by Rees’ whispered “meanwhile you were planning your escape”, but it would seem the attempt to abandon the environment ‘Responder’ inhabits has been futile as Rees and Koz combine to mutter “it’s done” repeatedly, like a ritual dedicated to fallen martyrs. ‘Parasite’ is where the LP’s extremes are pushed to their polar opposites with the quiet/loud dynamics battling for supremacy – loud wins overall – with the two vocalists announcing “I felt stupid” in a subordinate, emotionless tone. ‘Scrub It’ is the sound of nightmares, as metal on metal scrapping wraps itself around an industrial onslaught. The pair’s vocals are largely buried beneath the song’s oppressive scree much like on ‘Tracks’, a song that convulses and spasms under the weight of Russian Baths’ wanton disregard for volume levels. ‘Ambulance’ is where the duo flex their hardcore chops, with a punishing moment that gives Metz a run for their guttural money. The injection of pace gives ‘Deepfake’ the little pep of urgency that’s slightly lacking on a handful of songs found throughout. ‘Tremble’ may commence quietly but the song soon develops into a slow, eerie grind, punctuated by heavy metal-esque chugs and Rees’ angel of death falsetto. Album closer, ‘Guts’ is where Russian Baths survey the wreckage of what’s happened throughout their debut, with Koz whispering ‘I tried’ like a man defeated, surrounded by smouldering rubble and contorted steel girders.

Volatile, oppressive and unforgiving; ‘Deepfake’ is the sound of our darkest, most intimate insecurities coming to life. 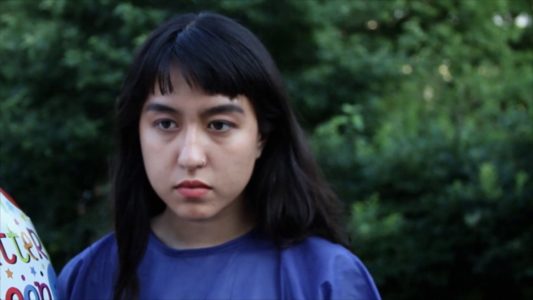 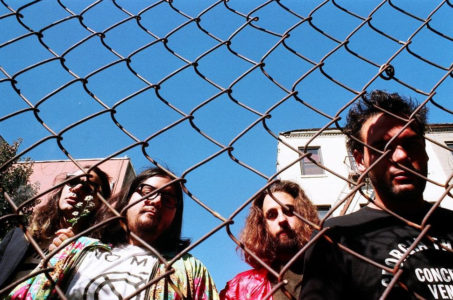