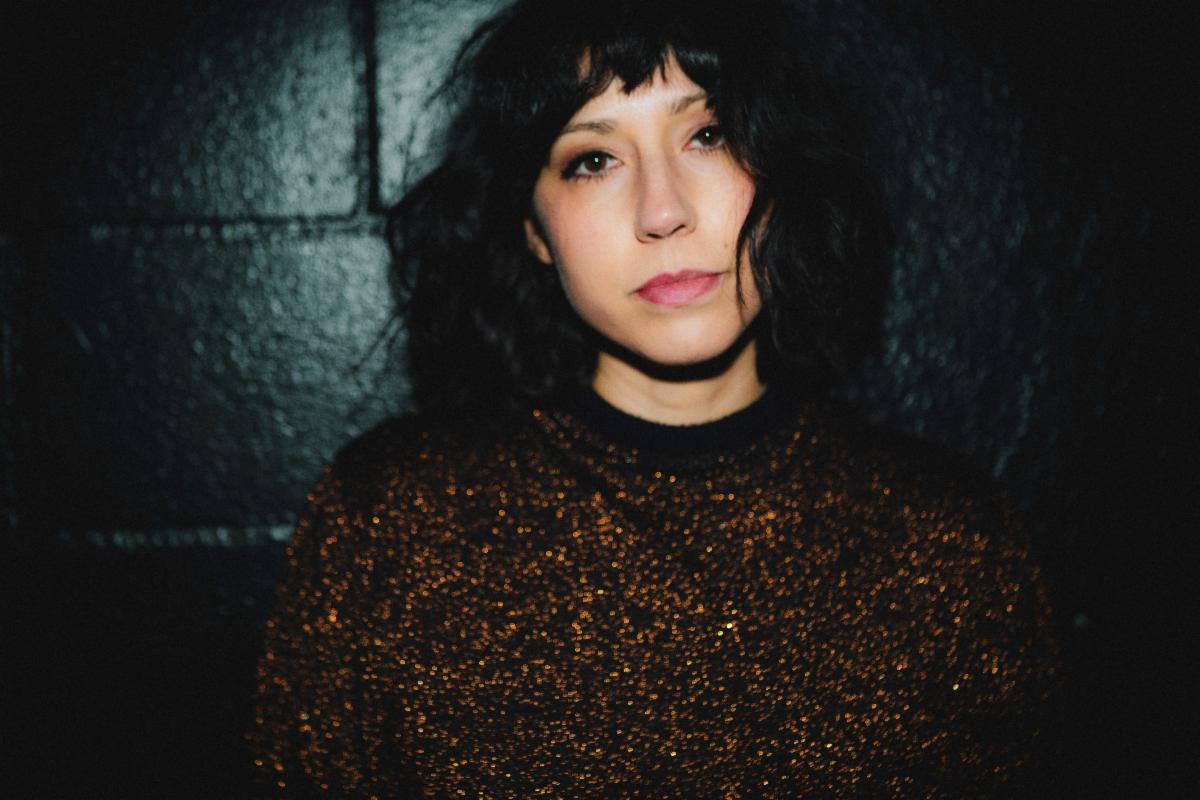 "Impossible Weight," which features the vocals of Sharon Van Etten
Share on TwitterShare on PinterestShare on PocketShare on RedditShare on FacebookShare on Email

Deep Sea Diver has shared new a song/video “Impossible Weight,” which features the vocals of Sharon Van Etten. The track is of their forthcoming release, due out October 16 via High Beam Records / ATO Records. The LP was co-produced by Dobson and Andy D. Park (Pedro the Lion, Ruler) and mainly recorded at Seattle’s Studio X and The Hall of Justice. Bandleader and Guitarist she’s previously shown in playing lead guitar for artists like Beck and The Shins.

Bandleader Jessica Dobson on the video for “Impossible Weight:”

“For this video I thought, well… if we cant play shows right now then I’m going to take my light box (a prop we bring on tour that I stand on top of when I play guitar solos) and I’m going to bring it into a myriad of untraditional places. We wanted to create scenes of absolute beauty, of loneliness, of power—of the human spirit being fully alive, even in a time of sadness and uncertainty.”

“I chose the Neptune as the final shot because that is the venue in which I saw Sharon Van Etten play at the night before we recorded the song,” Dobson continues. “I’ve been a huge fan or hers for quite some time and I was deeply moved and inspired by that show. The next day, I literally said out loud as we were recording, “I wonder if Sharon would ever sing on this?” Having never met her, it was definitely a pipe dream question that somehow ended up working out and I’m eternally grateful for it. She brought so much to this song and brought it alive even more.”

Following a year featuring tours with Wilco and Joseph, Deep Sea Diver has hardly stayed quiet. In April the band released “Stop Pretending,” a single born of their weekly live-streamed performances from their home studio during the initial period of social isolation.

“We went into the studio pretty quickly after the tour ended, and I sort of hit a wall where I was feeling very detached from making music, and unable to find joy in it,” says the vocalist/multi-instrumentalist, whose bandmates include her husband Peter Mansen (drums), Garrett Gue (bass), and Elliot Jackson (guitar, synth). “I realized I had to try to rediscover my voice as a songwriter, and figure out the vocabulary for what I needed to say on this album.”

As she stepped back from the studio, Dobson focused on dealing with the depression she’d been struggling with, and soon started volunteering for Aurora Commons (a drop-in center for unhoused people, most of whom are drug-dependent and engage in street-survival-based sex work). “I spent a lot of time with the women who frequent the Commons, and it taught me a new depth of empathy,” she says. “They’re people who don’t have the luxury of going back to a home at the end of the day and hiding behind those four walls, so they’re sort of forced to be vulnerable with what their needs are. Talking with them and listening to them really freed me up to start writing about things I’d never written about before in my songs.”

Dobson on Opening track, “Shattering the Hourglass,” “I wrote that one the same week my friend and former bandmate Richard Swift was spending his last days in hospice because of complications from alcoholism,” notes Dobson, referring to the beloved singer/songwriter/producer, also known for his work with The Shins. “I was thinking about how everyone’s facing some kind of battle, and how I wish we could all talk more openly about these things. I wish we could give ourselves that license to fall apart, so that others can help carry us to a better place.”