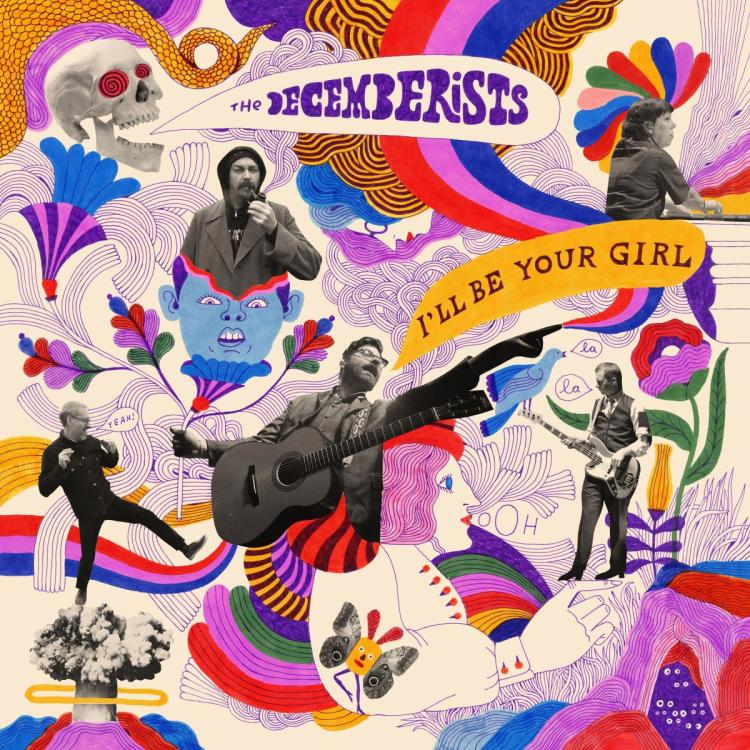 I'll Be Your Girl

Portland’s The Decemberists have crafted such a writing style and sound over the years that they’re instantly identifiable. But at some point you need to change it up or become a cliché, and that’s exactly what they do on the gritty and sometimes electronic I’ll Be Your Girl. Full of brilliant and ambitious writing that will appeal to fans new and old, the record is one of their most intriguing in years.

Swinging guitar lines dance throughout the album, which the Decemberists really pronounce as the album leads in on the hopeful “Once In My Life.” It’s when the less usual wave of synths and electronic currents take over that the band’s sweeping energy becomes something totally new and unexpected that makes its long runtime feel almost too short. “Cutting Stone” continues this synthetic energy as cutting stone attempts to merge a medieval ballad into the world of snyth-pop. While this direction shouldn’t work by any means, the band’s approach of two unlikely sounds really works.

Though their programming is primitive on “Severed,” it really fits the song’s rushing percussion perfectly and somehow leans into a lot of 80s power pop. Even with its more barebones writing, this sense of strength keeps the song feeling majestic and epic, while oddly larger than the sum of its parts. The Decemberists however also stretch their percussion on tracks like “Starwatcher,” where they create a truly massive energy behind their grungy guitars. As they sweep in their more eclectic instrumentation for the bridge, they create smoky air of mystery that closes out the song powerfully.

“Tripping Along” slows things down to a dreamy crawl, as they reflect on the horrors and potential beauty of life. Though the song may start out fairly predictable and subdued, the cosmic qualities slowly take over to bring the song into a totally different headspace. More inherently sprawling qualities take over “Your Ghost” as the Decemberists craft their own sort of Morricone overture with all the Western melodies you’d expect. As corny as it seems, they really bring a lot of excitement to the sound to make it as fun as it deserves to be.

You’ll be laughing pretty quickly in “Everything Is Awful” as the band’s joyous energy to what is essentially a pessimistic anthem feels overpowering. Their explanation for such a downbeat attitude really does take its time, but it makes every explosive riff later on feel well deserved. The witty humour of “Sucker’s Prayer” really elevates the straightforward writing that permeates the song. Although this writing really does make the song drag, hearing the band slowly morph in their new sonic palette helps as well.

There’s an excessively catchy energy to “We All Die Young” that roars with its pounding drums and shrieking distortion. Luckily the band’s sense of sarcasm redeems it enough however from feeling like it arrived at “Howlin’ For You” years late to the party. They bury their most ambitious and wondrous track however in the massive energy of “Rusalka, Rusalka/Wild Rushes” that blends parts dystopian folk song and Led Zeppelin. Through its extensive run, the band chart out an epic pulled right out of the seventies while managing to connect it all like any of the greats. As things start to settle down on “I’ll Be Your Girl” they cleverly question gender roles as they craft a smart love song. 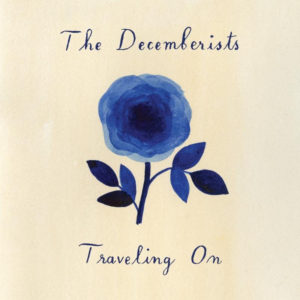 ‘Traveling On’ The Decemberists