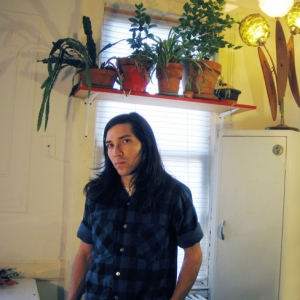 Death Vessel has announced tour plans on behalf of Island Intervals, their forthcoming album available this February via Sub Pop. The band have been tapped by label mates Shearwater as main support for their upcoming headlining tour.

Island Intervals is the follow-up to Death Vessel’s label debut (Nothing Is Precious Enough for Us) and will be available worldwide on CD/LP/DL February 24th in Europe and February 25th in North America on Sub Pop. The 8-song album includes the singles “Mercury Dime,” “Velvet Antlers,” and “Ilsa Drown,” which features guest vocals from Jónsi, who also co-wrote the track. Island Intervals was produced by Alex Somers (Julianna Barwick, Sigur Rós) at his studio in Reykjavík, Iceland.

Like Nico’s, Jimmy Scott’s, or Phil Elverum’s, Joel Thibodeau’s is a voice that demands its own sonic and lyrical world, and with Island Intervals, his third record as Death Vessel (and second for Sub Pop), we’re treated to the sound of him finding a rich and strange new home among new friends in Iceland who probably saw him as a long-lost relative. Joel’s an inveterate and intuitive wanderer; when I met him years ago, he’d just spent a few months traveling the United States on Greyhound buses, sometimes sleeping rough, and making a record from found moments. I remember he had an otherworldly quality about him that I couldn’t quite name, like he’d just blown in on the wind (read more at Sub Pop).