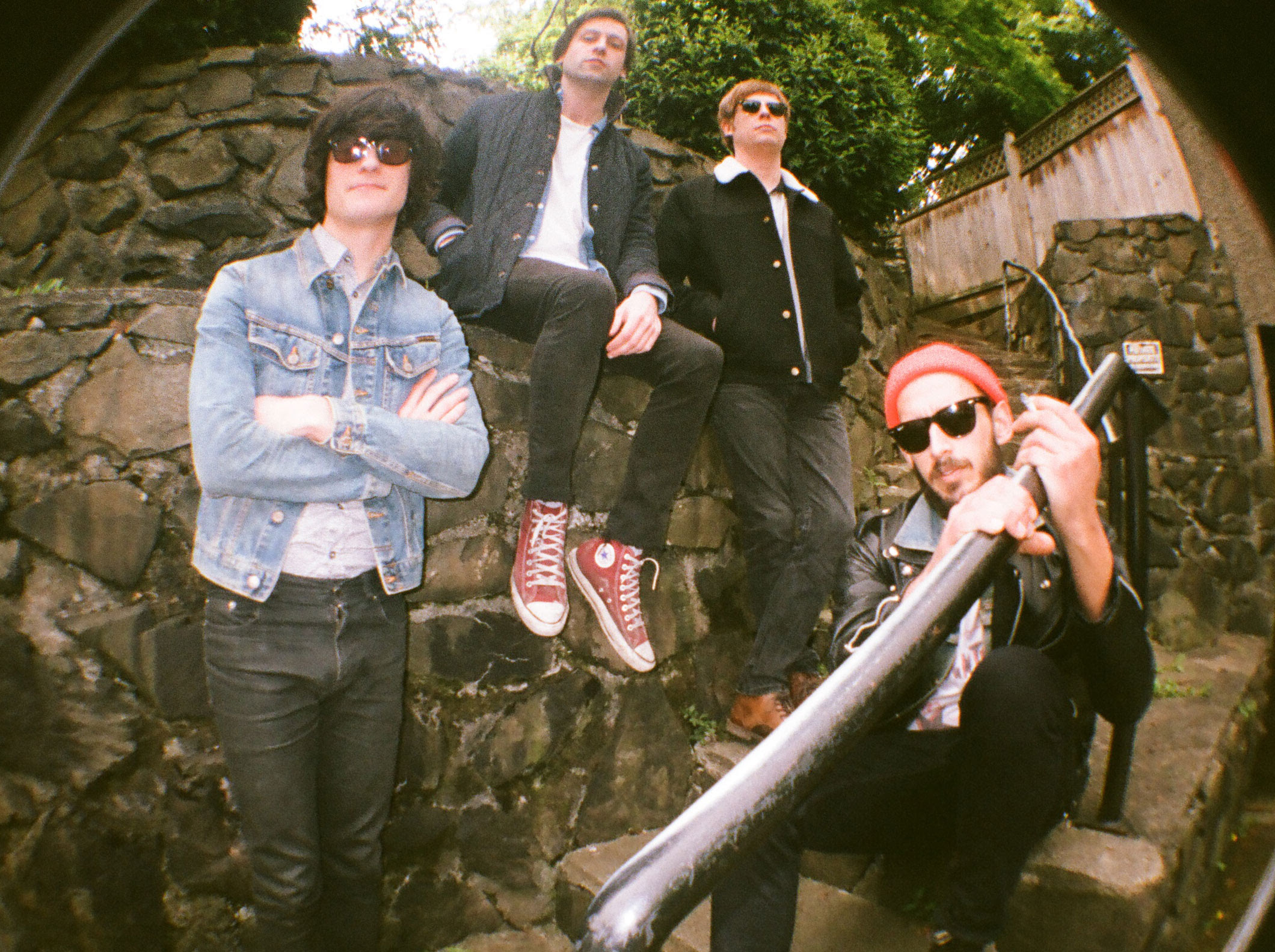 With the imminent release of Dead Ghosts third studio album, Love And Death And All The Rest, out this Friday on Burger Records, and having just come off their Europe tour, the Vancouver-based band is sharing the track “Around And Through,” which premiered this morning. Composed of high school friends Bryan Nicole and Drew Wilkinson, along with Drew’s brother Mike Wilkinson and mutual friend Maurizio Chiumento, Dead Ghosts’ approached their new album with a more DIY intent than previous efforts, deciding to record and produce the album themselves, aptly choosing the comforts of a dilapidated barn on the outskirts of Vancouver instead of a traditional studio. The resulting album is one that is fuller and less abrasive than previous albums, and “Around And Through” is no exception.

The Vancouver-based band, Dead Ghosts, assembled in the fall of 2008 when high school friends Bryan Nicoland, Drew Wilkinson wanted to start a project together. The two then recruited Drew’s brother, Mike Wilkinson, to play drums and mutual friend, Maurizio Chiumento, on bass.

It wasn’t long after that the band had released a handful of EPs, and in 2010, Dead Ghosts released their self-titled debut on Florida-based record label Florida’s Dying, later re-issued by Burger Records on tape and vinyl, after selling out multiple pressings. The debut’s release propelled the band into a series of shows in the states, and since then, Dead Ghosts have toured North America and Europe several times.

Dead Ghosts’ new release, Love and Death and All The Rest, is their third studio album. This time around the band went with a DIY approach, deciding to record the album themselves, aptly choosing the comforts of a dilapidated barn on the outskirts of Vancouver instead of a traditional studio. Although the album is completely self-produced, Dead Ghosts opted for a fuller, less abrasive sound than their previous albums.

Love And Death And All The Rest will see release Oct. 16th on Burger Records.