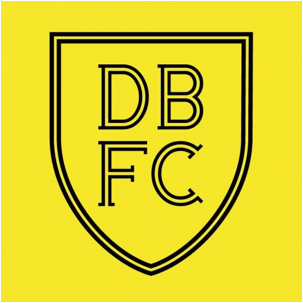 DBFC are a new Parisian four piece that merge electronic, psych and shoegaze influences. Today they have debuted their single “Get It all”, which will be available this Friday, November 27th on the electronic imprint of [PIAS], Different Recordings (Crystal Castles, Crystal Fighters, Tiga). ‘Get It All’ sees the carefree-and-cool demeanor of the band displayed in shining form with jangling guitar parts and ’70s-inspired harmonies invoking everything from The Dandy Warhols to Beck. As the band puts it: “‘Get It All’ is about having no regrets and living your life to the max. You only get one shot so go for it”

Led by Parisian Dombrance and Mancunian David Shaw, DBFC is a band created from the musical landscapes of both cities. Combining inspiration from both places has helped DBFC make something genuinely new and exciting. There are flashes of LCD Soundsystem, The Beta Band and Jagwar Ma as their music floats between shoegaze guitars, disco rhythms, post punk bass lines and upbeat vocals.

Based in Paris, DBFC released their debut EP Leave My Room, last year on Her Majesty’s Ship Records imprint. DBFC HAVE been on the road constantly following their set at Transmusicales last year.

DBFC describe themselves not as a band, but as a club, inspired by the spontaneous combustion of the 60’s and the endless possibilities of dance music.