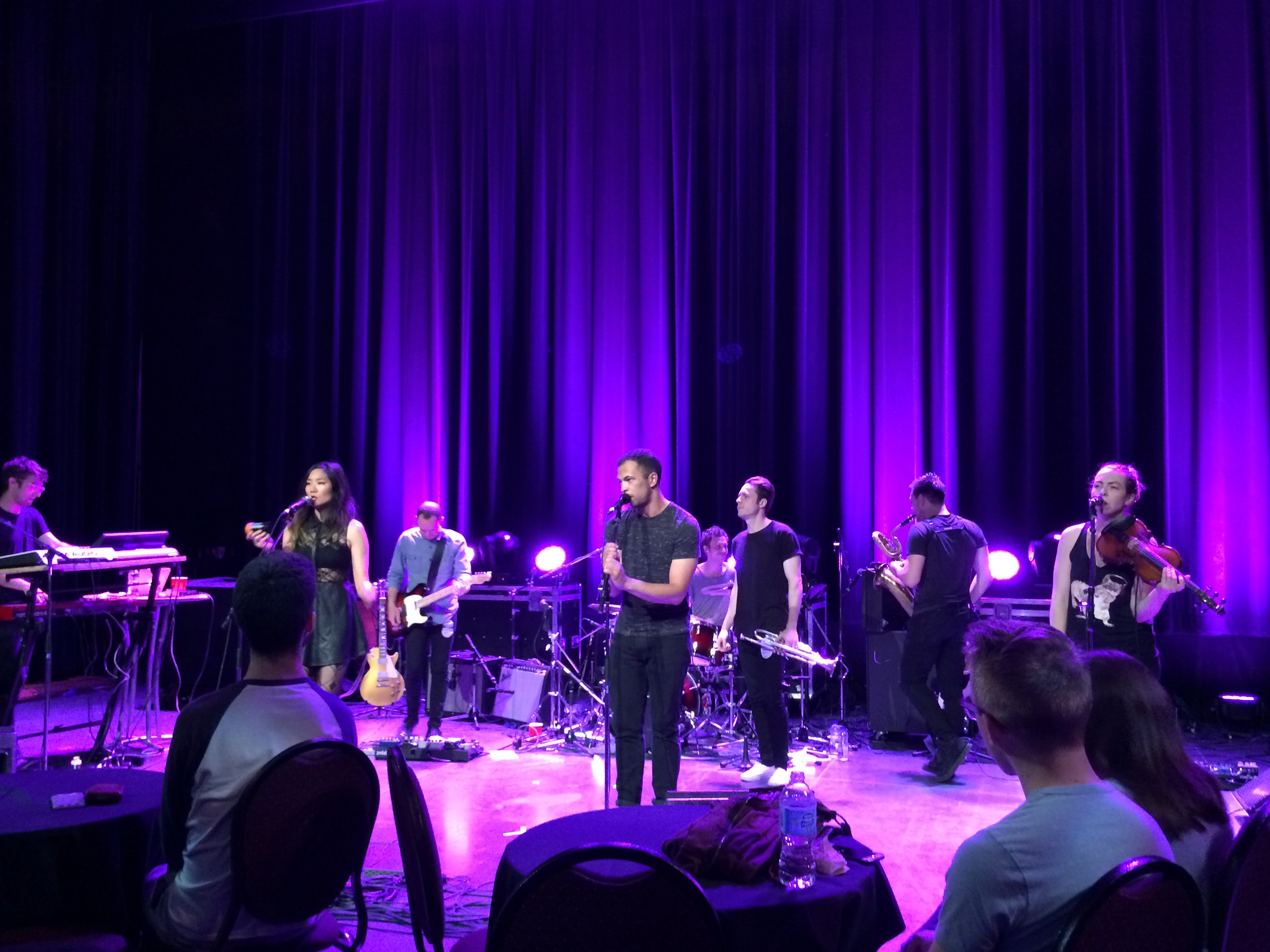 The fourth day of Bluesfest was a little chilly, but everyone just seemed glad it wasn’t raining. My day started at the City Stage, where Ottawa-born rapper Belly was slotted for a (unusually short) half-hour show. Belly was late coming out, but when he did, he brought a level of production that towered over some of the previous rappers to have taken the stage. His lyrics were loud and clear, and his energy and flow were great—his DJ would get a sizable crowd bouncing with frequent shouts of “1,2,3, JUMP!” He even had a Kanye-West remixed diss track towards Donald Trump (complete with a bloated image of Trump with horns and a Hitler-stache).

Next up, 6-piece power-folk band Steamers represented a warmer local flavor for Ottawa. Each band member (that’s drums, electric guitar, acoustic, bass, and mandolin) introduced a song seemingly very personal to them, before having the whole band support them with gang vocals on the choruses. There were even some French songs for good measure. Overall, a very fun and friendly performance. Back at the City Stage, 50s’ rock n’ roll time capsule JD McPherson brought some boogie-woogie to the growing crowd. With an upright bass, piano, and sax supporting him, it was a surprisingly polished and cohesive sound. I have to give props to the drummer, though, who’s impressive snare-work and stylistic diversity kept the whole performance air-tight and rolling along.

8 pm, the Black Sheep Stage featured the bilingual group Ginkgoa, who I could only describe as ‘Calypso-pop’. The way they were dressed and the way the NYC-born lead singer danced and tapped across the stage, you’d think they were from the roaring 1920s—but then they break into some heavy electronic dance beats, overwrought with constant, live clarinet melodies. The place was pretty packed for the smaller stage, and I’ve never seen an audience so mixed in age dance like they did. Ginkgoa truly know how to work a crowd and feed off (and return) energy. Surprise hit for me.

My favourite performance of the night would have to go to San Fermin, who closed at 9:30 inside the Barney Danson Theatre. I didn’t know they band going in, and nearly choked when I saw the 8 piece spread they had (complete with trumpet, baritone sax, and violin), but I quickly realized how vital each piece was. The brain-child of Brooklyn-based composer Ellis Ludwig-Leone (on the keys), San Fermin’s indie-baroque music was beautiful and complex, the show was intimate, and every part was incredibly played. Every bandmate had their moment to shine, and the level of chemistry between the group, seen in sidelong glances and smiles between each other, was infectious to say the least. Simply and amazing performance by very talented and humble musicians—they made a fan out of me.