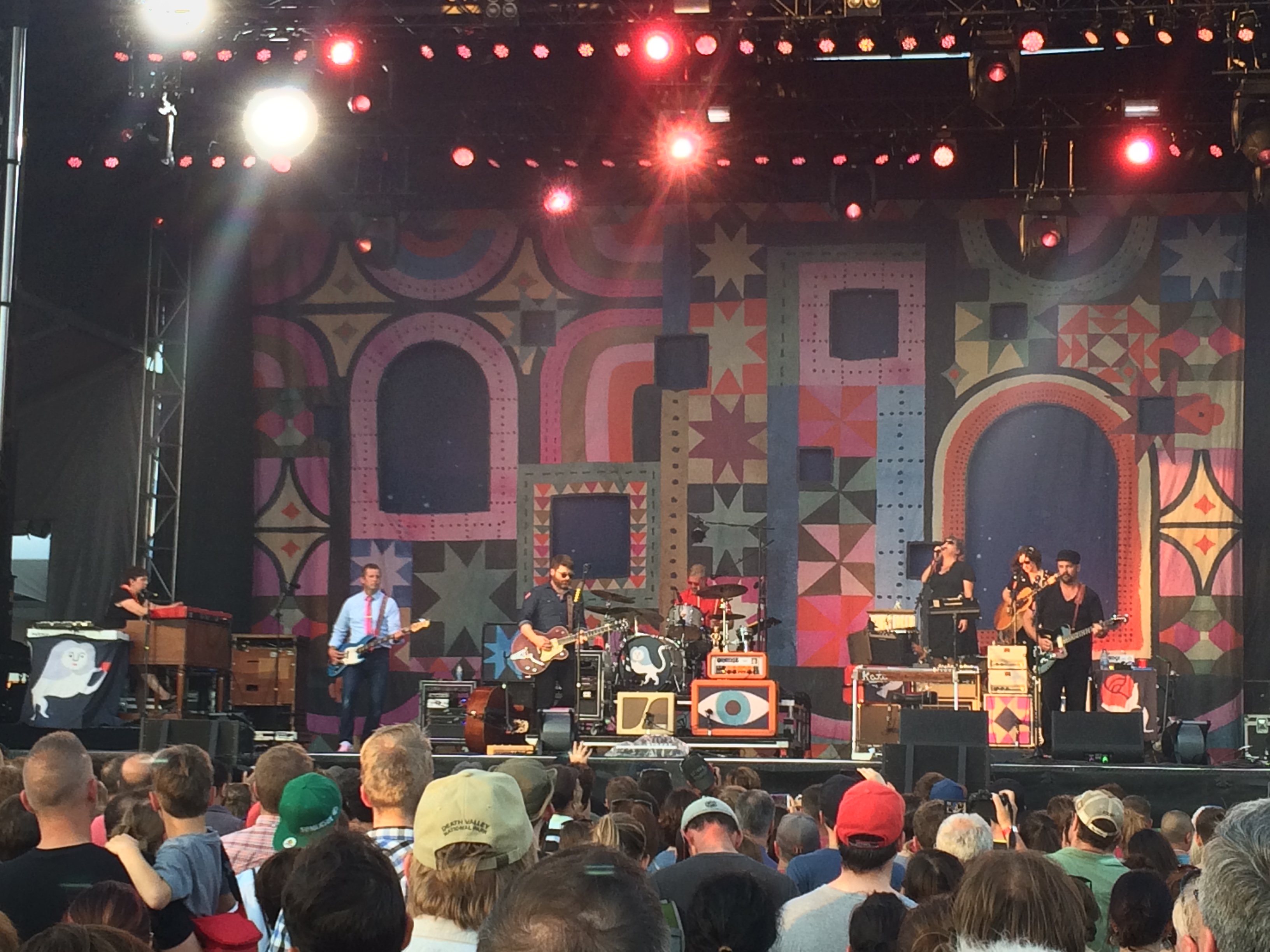 After a brief intermission, Bluesfest returned for its fifth day—a real humid scorcher. Luckily as the night drew on and night fell, the wind came out. My night started at 7 pm at the Black Sheep Stage with instrumental surf-rock group Carlo, who played a set made up of half originals and half covers of bands like the Beach Boys and the Doors, with a washed out guitar replacing the vocals. It was a strange performance that didn’t quite grab the audience, but they played their stuff well (however niche it was). The rhythm section and 60s-keys were fine supporters, but props to the guitarist for carrying much of the show’s complex melodies.

Next up, The Decemberists took the Claridge Homes Stage at 8. The stage decorations were really done up, and there was a neat little layout to compensate for the large band—upright bass, piano, vocal section, drums, etc. They had good energy and gathered a huge crowd, though I’d say the band bore much more than a passing resemblance to R.E.M., to the point where a certain song’s verse sound lifted straight from “Losing My Religion”. Still, the thing I admired most was the way each song flowed into the next, even with constant instrument changes—it really kept the show engaging.

Playing at a slightly overlapping time over at Black Sheep Stage was Orlando-based DJ Marcel Everett, aka XXYYXX. He drew a thick crowd of young kids, and despite his laid back style of Chillwave production, he kept their attention and hype almost throughout, with the interest only (understandably) dipping during more ambient songs. As far as such a young producer up there alone, his work is both smart and creative and doesn’t fall back upon cheap gimmicks to work up a crowd—very promising considering he is only now 20 years old.

At the same stage, at 9:30, indie-folk-rock 4-piece Half Moon Run drew out an absolutely huge (and excited) crowd. It was a lively performance that demonstrated their range between soft, finger-style folk and shredding rock, which was kept constantly fresh by each band member effortlessly taking on new and often multiple instruments at a time. There were also some impressive vocal harmonies between the four of them, and the two-drumkit setup proved to have a powerful effect on the crowd. Finishing their set at 10:45, the pleas of the crowd drew them back out for a two-song encore. Their energy was infectious, and proved to be the best performance of the night by far.