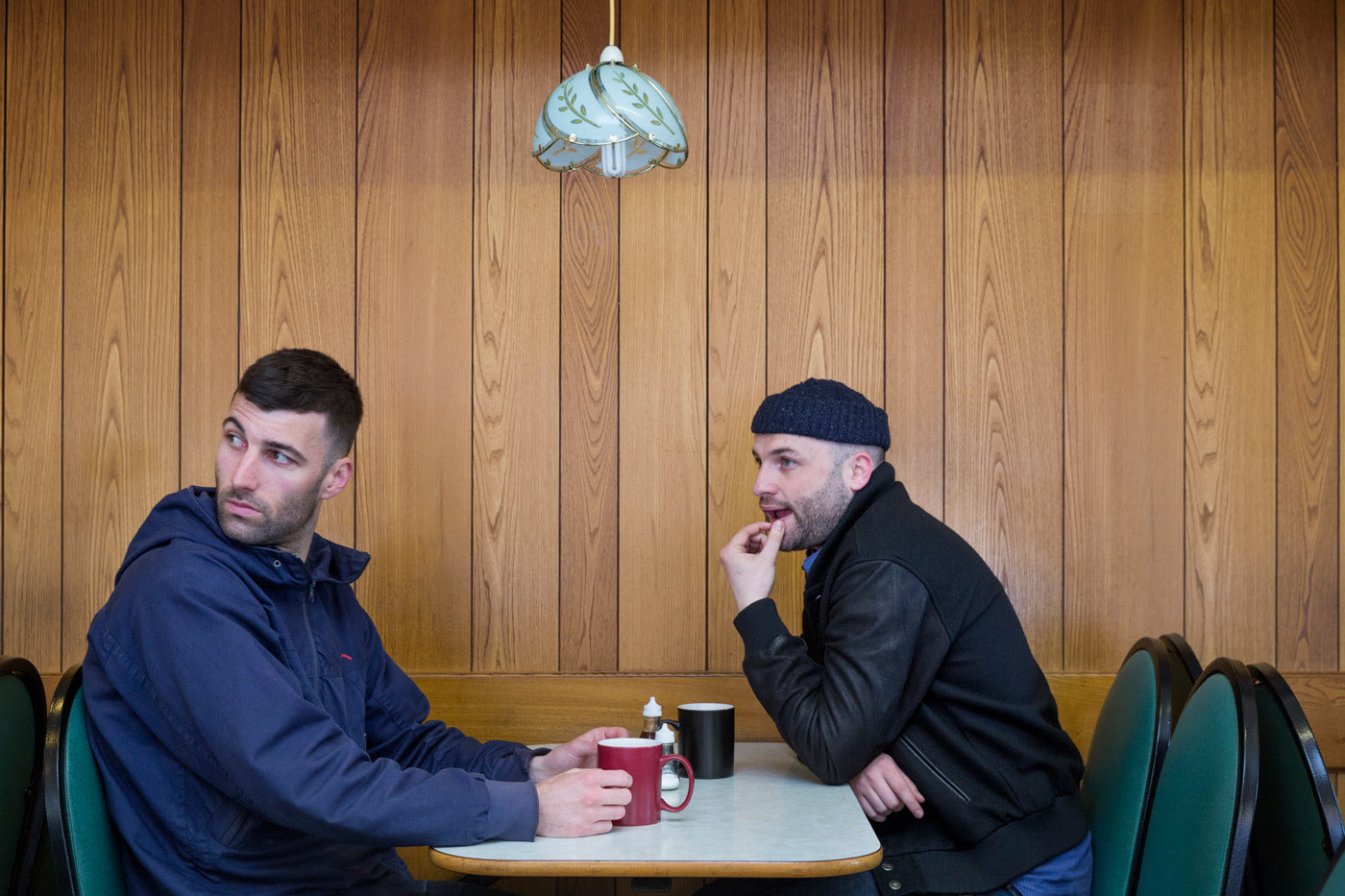 Electronic duo Darkstar are now sharing a second track from their forthcoming album Foam Island. “Through The Motions” deals in uptempo pop with heavily processed vocals, reminiscent of “Need You” and “Aidy’s Girl Is A Computer”, their earlier singles on the Hyperdub label.

Foam Island is an exploration of the state of society today. Interlaced with political/social undertones, hard digital rhythms, live percussion and colourful synths. Following collaborations with the likes of Actress, Wild Beasts and Zomby, it is an ambitious record, buzzing with the energy and possibilities inherent in electronic music in 2015. The band say: “it’s a culmination of everything we’ve written up to this point, the club and electronic side but also trying to tell a story”.

Then there’s the official music video for “Pin Secure”; an unsettling mixture of dark humour and social satire with a surreal bent, managing to simultaneously bring to mind a kind of emotive dystopia and the feeling of unrest that ties the songs on Foam Island together.

‘Foam Island’ will be out October 2 on Warp Records.