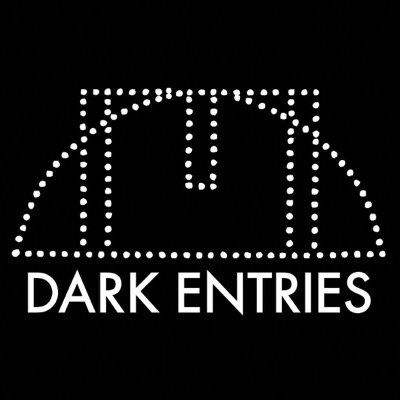 Van Kaye & Ignit, the Dutch duo of Ed Van Kasteren and Ignatine Bekken, met in 1980 and in 1981 released their “Picassos on the Wall” 7″ and their debut 60-minute cassette album A Slight Delay. Dark Entries’ re-issue includes the entire11-track original c-60 cassette, as well as the 4 tracks from the 7″.

Portion Control is the British industrial trio of John Whybrew, Ian Sharp and Dean Piavani, with self-described style of “hard rhythmic electronics”, who are seen as a major influencer on Skinny Puppy, Front Line Assembly and Depeche Mode. From 1980 onward, they released a serires of 12″ singles and a full length, I Staggered Mentally. Dark Entries has breathed new life into their debut ,album originally released on Phaze Records in 1982, releasing it now in packaging that includes eight-page, stapled pamphlet that contains press releases, concert flyers and photos circa the recording of the album. 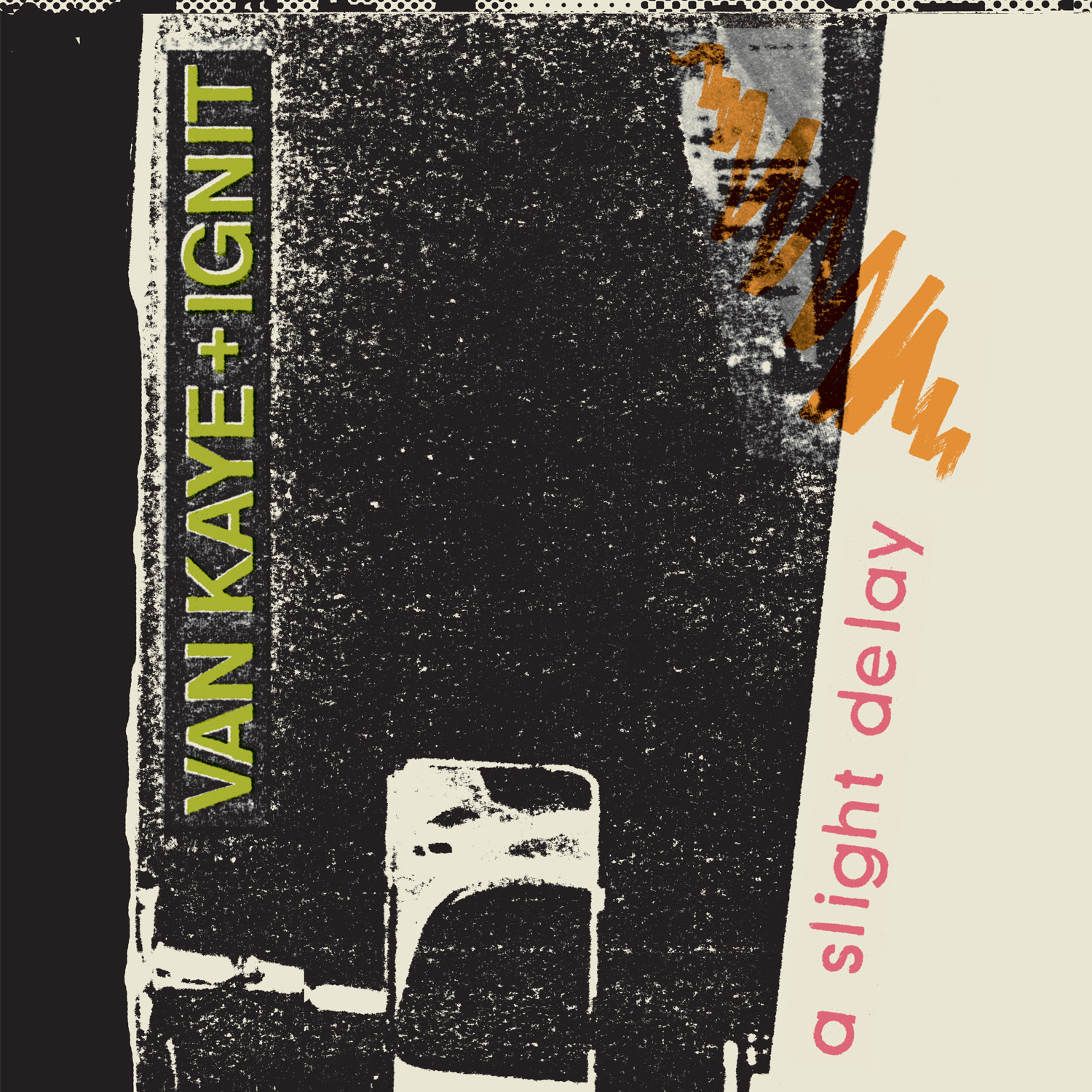 Negroe In N.Y
Cool
Schmerz
Love You Generator
Tonite
Into Plan A
Glad To Be Home
Thinktank
Beach
Excerpt From Toys
America Can Wait
Picassos On The Wall
Chapel
Opera Of Worms
Goin Thru Life

Van Kaye + Ignit is the Dutch duo of Ed Van Kasteren (Van Kaye) and Ignatine Bekken (Ignit), who joined forces in the city of Arnhem during early 1980. While at university, Van Kaye was the singer of The MoNoMeN, a local new wave band. By the end of 1979 he had become more interested in the use of electronics and rhythmic industrial patterns. In April 1980 he released a demo cassette with 30 minutes of his own work titled “A Slight Delay”. While experimenting with synthesizers and developing extreme sounds, he met Ignit, who had previously worked in the fields of art and performance. Together they recorded their first 4 songs with guest musician Williem Wisselink (Wizzkopf) in the summer of 1981, and released the “Picassos on the Wall 7“ later that year on their own Ding Dong label. Van Kaye + Ignit then began work on their debut 60 minute cassette album, A Slight Delay. Like the 7”, all songs were recorded and mixed by Van Kaye at his home studio on a TEAC A-3440 four-track recorder.

Self-released in 1981, the album pairs conceptual sophistication with disarming naïveté in a way that has been difficult to replicate since the formative years of ‘bedroom’ electronic music. Both members handle vocals (or non-vocals), and songs feature everything from new wave riffs to slowly shifting oscillator buzzes and eerie electronics over mechanical rhythms.

This reissue includes the entire 11-track original c-60 cassette A Slight Delay, as well as all 4 tracks from the “Picassos on the Wall 7” spread across two vinyl discs. For the first time ever, the original 1/4” master tapes have been transferred and remastered for vinyl by George Horn at Fantasy Studios in Berkeley. The jacket is a replica based on the original A Slight Delay cassette artwork, which was designed by the Van Kaye, with a hand-colored textured photograph resized and laid out by Eloise Leigh. Each album includes an 8×14 double sided insert with photos, lyrics, liner notes by the band, and a fold-out poster. 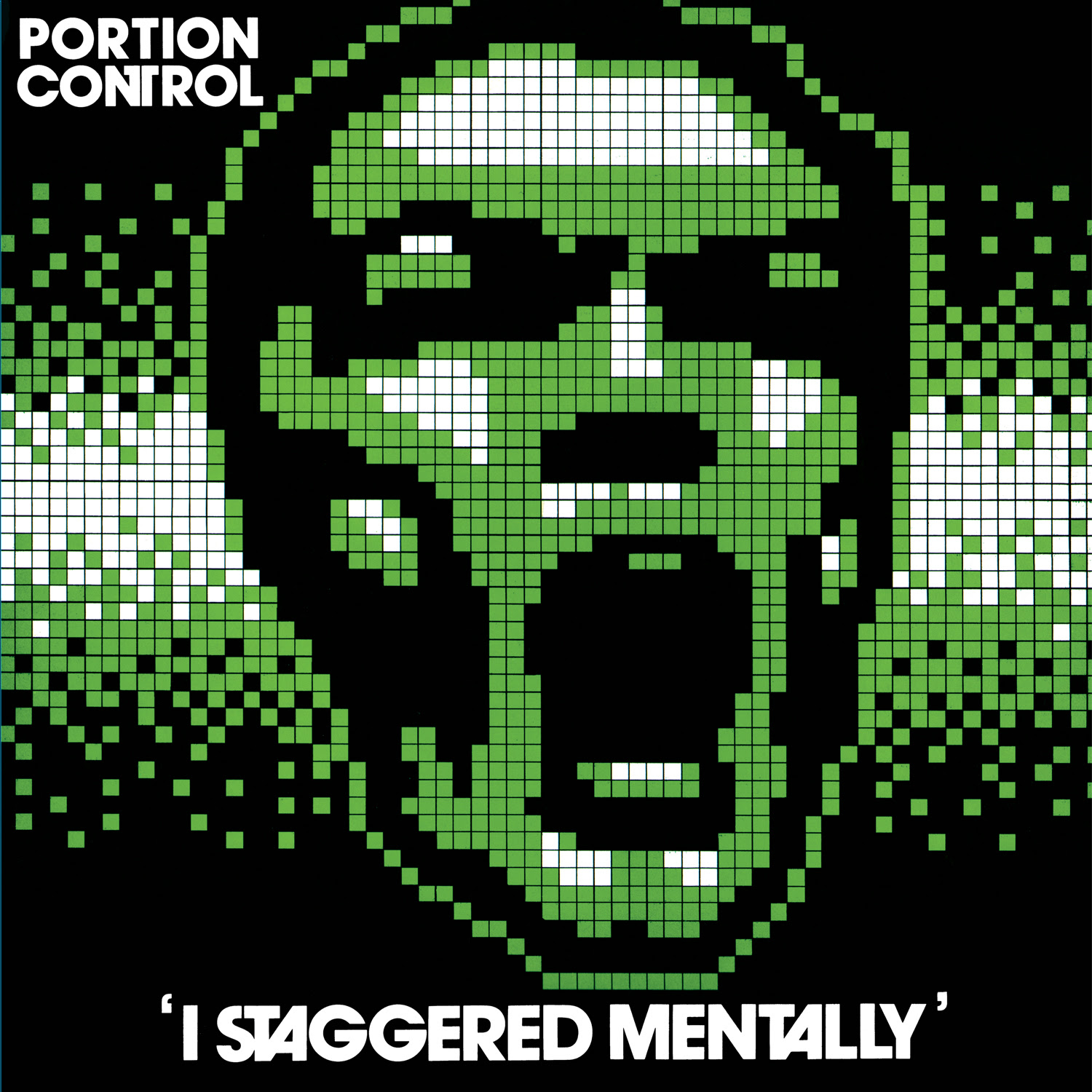 He Is Patriotic
Out Of Order.mp3
Plateau Stage
All Present And Correct
Karsic
Sex Crimes
Sure Is Kinda Spooky
Mass Disorder
Fiends
Sort Out

Portion Control is a British electronic and industrial band from South London. The trio of John Whybrew, Ian Sharp and Dean Piavani started out experimenting with electronics in 1980. Linking up with In Phaze Records, they released a number of cassettes and records before signing with Illuminated Records in 1983. There followed a series of classic 12″ singles: “Raise the Pulse”, “Rough Justice” and “Go-Talk”, which have become underground dancefloor hits. The band classifies their music style as “Hard Rhythmic Electronics” and were a major influence on Skinny Puppy, Front Line Assembly and Depeche Mode.

Going back a few years, the band released their first official vinyl album I Staggered Mentally on In Phaze Records in 1982. This album laid the template for the harder edged rhythmic industrial sound of the 80s and 90s. I Staggered Mentally is as raw as electronic music gets. Dean Piavani’s anguished vocals are the lone human element amidst electric drones, metallic beats and alien analog flickers. Lead synths and effects were created with the Roland SH-09 and RS-09. The rhythm section was provided by the Roland TR-606 and then brand new TB-303 Bassline. Pulsing rhythmic tones were generated using the sample and hold feature of the Moog Rogue. This album documents the band’s transition from Cabaret Voltaire-inspired experimentalists into proto-EBM and electro-industrial pioneers. It remains a shockingly brutal and viscerally exciting statement.

All songs have been remastered for vinyl by George Horn at Fantasy Studios in Berkeley. The jacket is an exact replica of the original 1982 edition featuring a pixelated man screaming. Each copy includes a 8 page, stapled pamphlet that contains press releases, concert flyers and photos circa the recording of I Staggered Mentally. The perfect soundtrack for the harsh, even malignant, urban-industrial nightmare.