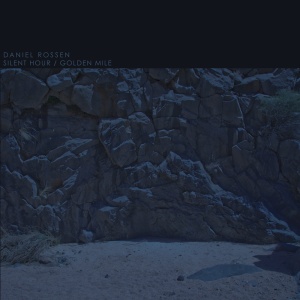 Music, like fine cuisine, takes many parts to make a finished piece: both take skill, a balance of subtle flavours and powerful morsels, and fine-tuning in order to make them palatable. Some dishes shine because of unique “star” ingredients used within them, but those same ingredients may be far too raw, too coarse to be consumed alone. So it is with Silent Hour/Golden Mile: the first solo EP from Grizzly Bear’s Daniel Rossen.The album opens with track “Up on High”, which to me sounds like a brash, twangy
Arcade Fire b-side with instruments competing with one another for attention. Instead of lending power and gravitas, the clompy percussion peppered throughout the song jolts the listener and interrupts the song’s flow. After having listened to it several times, I couldn’t tell you what any of the lyrics were, having been far too distracted by the clattering, and focused on bracing myself for the next onslaught of it.The hyper-strummed opening of “Return to Form” had the same effect on me as fingernails dragged across a chalkboard: I really just gritted my teeth and waited for it to be over. He chose—rather unfortunately—to repeat this technique at various intervals in the song, and the entire track seemed to be more of a demonstration of “look what I can do”-ism than a cohesive, working piece, with Rossen’s fey, plaintive vocals being drowned out by layers of spastic string-picking. One track that actually worked for me is the most sedate of the bunch: “Saint Nothing”.Soft piano paired with vocals is a classic combination, and Rossen’s voice is actually allowed to shine here. The brass and light drums in the background complement the song rather than overpowering it, and though it’s a very slow tune, it really is quite lovely.

I really wanted to like this album.I’m a fan of Grizzly Bear, and was hoping for more of the same fun, indie quirkiness they put forth, but this solo offering has fallen short of the mark. In his band, Rossen
is an integral part of a whole, and though Grizzly Bear has experimented with many different styles of music, they have worked within the context of the albums, and were spread out over the course of several years. The variety of styles used in this EP lend a schizophrenic air to the album, and leaves one feeling a bit scattered and lost. Rossen has great potential as a solo artist, but this first venture could have used a map.