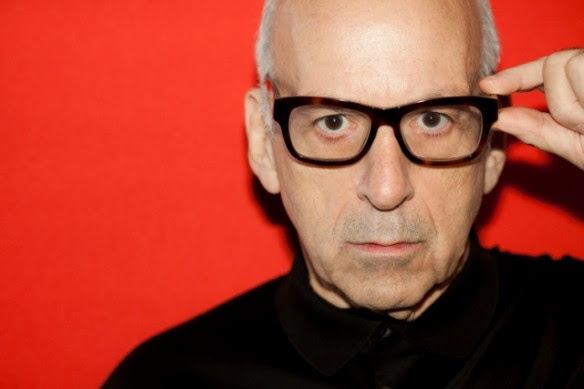 LA MODULAR 2016 takes place February 20, and includes presentations from artists and manufacturers as well as live performances by some of the most legendary and influential names in electronic music spanning the last four decades. Along with Daniel Miller, renowned Atlanta-based artist, Richard Devine; musician and synth manufacturer, Cyrusrex; and founding members of Nitzer Ebb, Bon Harris, and Douglas J McCarthy join West Coast electronic artists Baseck, Rodent 516, and Anthony Baldino for a remarkable evening at Teragram Ballroom in Downtown Los Angeles. After the event, Miller will DJ at LA’s Monty Bar.

Accompanying Miller on the bill in New York on March 4 at Output in Brooklyn, are record producer and DJ Arthur Baker (widely known for his collaborations with Afrika Bambaataa, Planet Patrol and New Order) and San Francisco based DJ Nikola Baytala (crucial member of minimal techno collective Kontrol.)

Mute has signed and developed some of the world’s most influential recording artists – including Depeche Mode, M83, Nick Cave & The Bad Seeds, New Order, The Knife, Yaz, Goldfrapp, Erasure, Jose Gonzalez, Moby, Apparat, Fever Ray, Liars, Can, and Richard Hawley – and become home to a crop of emerging talent and recent signings such as Arca, Yeasayer, onDeadWaves, Ben Frost, and LUH. Whilst maintaining a firmly eclectic roster, from the earliest days of The Normal, Fad Gadget and Cabaret Voltaire through to the techno era with artists such as Plastikman/Richie Hawtin and Speedy J, and to the present day with hybrid electronic artists such as Moderat and Diamond Version, the label has always been a champion of electronic music.

Although Miller has a long history of DJing, his recent performances were inspired by an invitation from Karol O’Connor aka Regis who invited him to perform in Berlin’s Berghain at a Sandwell District event.