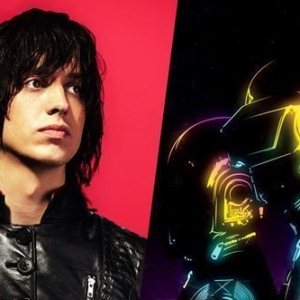 From their fourth studio album Random Access Memories, Daft Punk have issued an official video for the album track “Instant Crush“, featuring vocals from The Strokes front man Julian Casablancas directed by Daft Arts collaborator Warren Fu. The video can be seen above.

The duo recently announced that the album would be issued in a deluxe box set version, strictly limited to 2500 copies worldwide. Each clothbound box contains the album on two 180 gram LPs, a totally unique 70mm film strip of five sequential frames of footage from the “Lose Yourself To Dance” video, a bonus 10″ containing an extended version of the interview with electronic music visionary Giorgio Moroder that forms the backbone of album track “Giorgio by Moroder”, two USB drives with high resolution audio and video of the album, and more.

Upon its release Random Access Memories sold over 1,000,000 copies worldwide in its first week, earning the duo their first official #1 album in multiple countries. In the US the vinyl version became the biggest selling album in SoundScan’s LP Vinyl chart history.