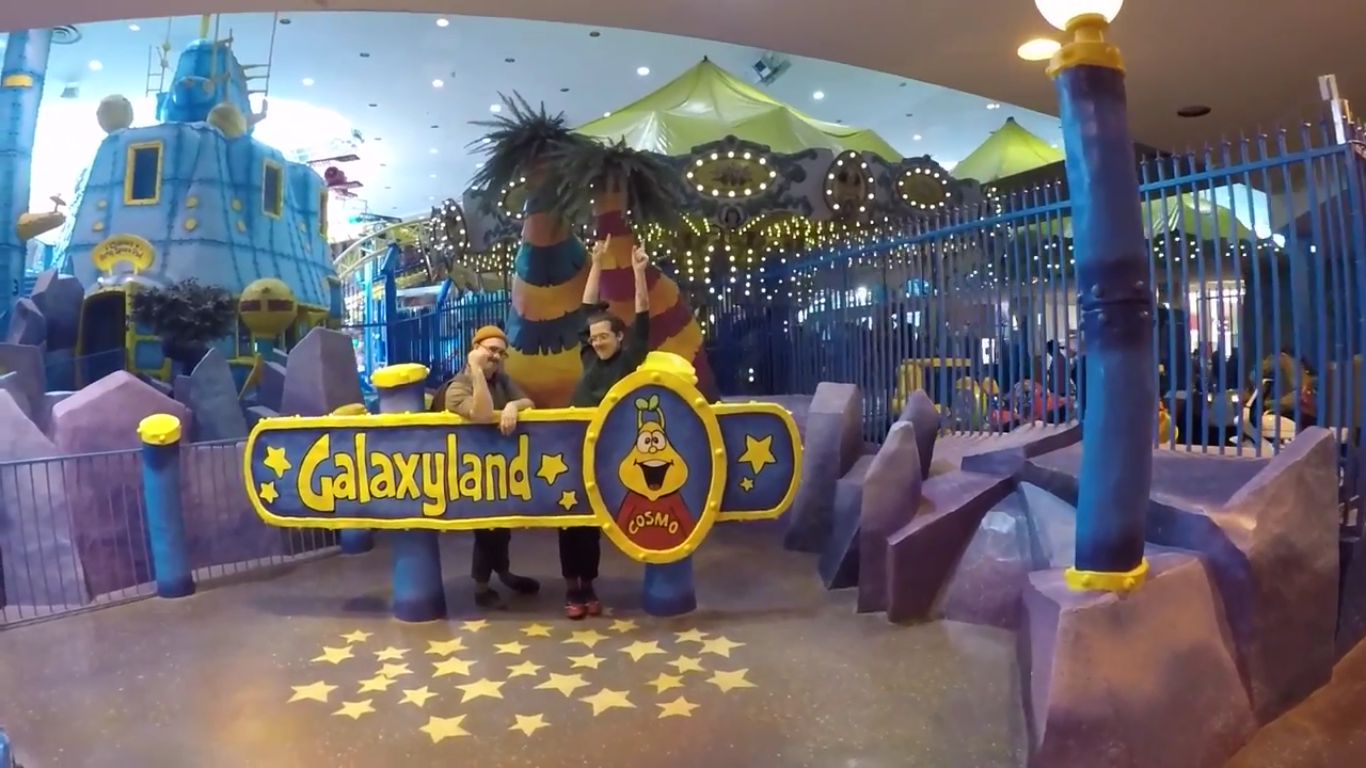 Vancouver sweater rock outfit Dadweed have dropped a brand new digital single/music video titled ‘Cigarette Commercial.’ The track showcasess Dadweed experimenting with synthesizers and drum machines for the first time, inspired by the 8 bit sounds often heard on old Bomb The Music Industry albums and landing as a richly textured pop song, a departure from the guitar heavy character of the bands prior releases.

The video features Dadweed members James Frost (Vocals/Guitar) and Ryley Epp (Guitar/Vocals) exploring West Edmonton Mall on a day off from their recent western Canada tour in April 2018. Consisting of GoPro footage from the waterslides and rollercoasters throughout, and a blink and you’ll miss it credit roll detailing the history of the song and video.

The artwork for the digital single was provided by Vancouver artist Coreena Lewis.