Dadweed debut “Say What You Mean” 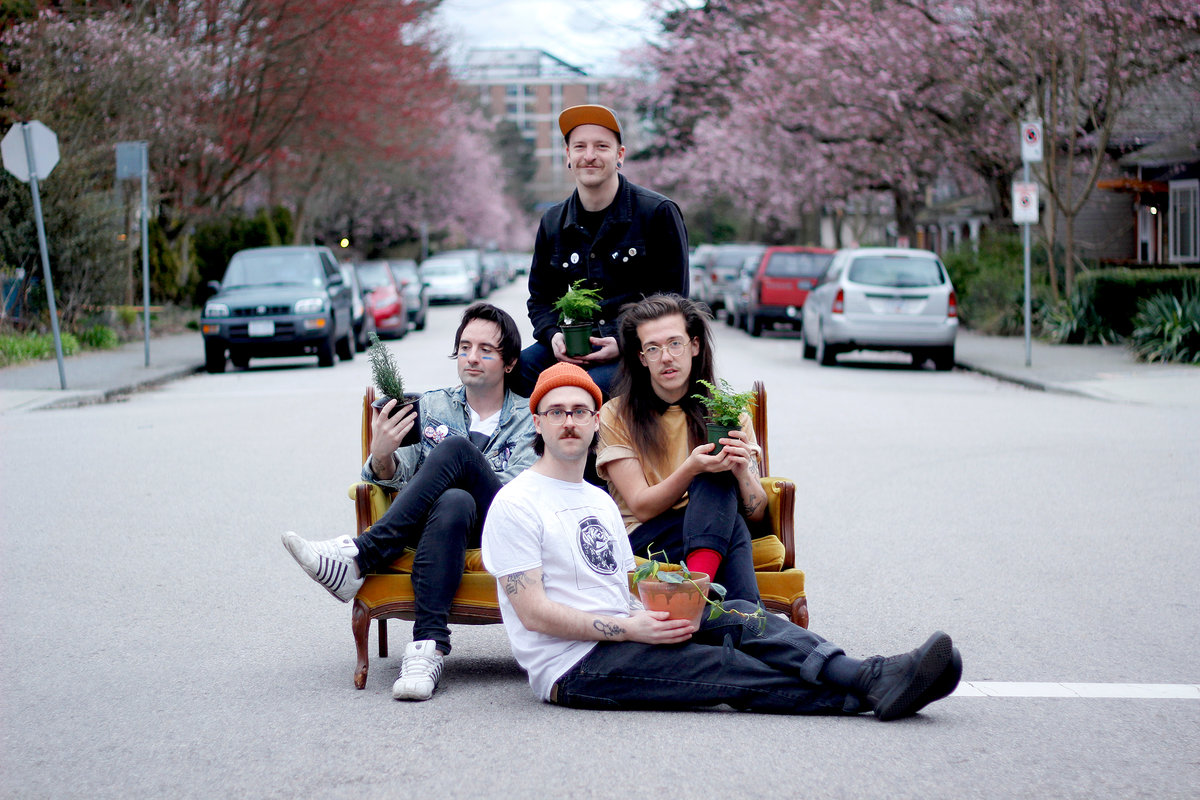 Dadweed premiere their music video for single "Say What You Mean"
TwitterPinterestPocketRedditFacebookEmail
Dadweed blend elements of pop, rock, and emo with a 90’s aesthetic to create their unique take on a classic four-piece rock band lineup. After a string of lo-fi demo tapes, last summer saw the vinyl debut of Dadweed with a single released via Vancouver indie label Kingfisher Bluez. Over spring of 2018 Dadweed recorded their first LP in a Strathcona attic with the help of some audio savvy friends and a heap of rented gear. The new record titled I Dreamt I Was Running was released on Sept 1st 2018.
Dadweed recorded their current full-length release IDIWR in February/March of 2018 in a makeshift studio assembled by the band in an East Vancouver, BC attic. The recordings mark a step forward for the band both sonically and lyrically, with vocalist James Frost exploring darker themes over more intricate song structures, whilst still retaining the hooks and pop sensibility that drew fans to the band in previous releases.
Say What You Mean was chosen as the first single as a kind of thesis statement for the record, about being honest with yourself and those close to you regarding your mental health, and breaking down the stigmas often associated with mental health problems. To say what you mean is to not wear a mask, is a step towards self confidence and open communication.
Bryce Zimmerman (Director) on the video for “Say What You Mean”

The idea for this video came from discussing the lyrics of the song with the band. ‘Say What You Mean’ was written about how we tend to hide our vices and our complicated emotions, even from our close friends. Band members often have an even more intimate bond from practicing, performing, and traveling together often. This video expresses the dual idea of the performance of our introspective solitary rituals as a group and release of playing music together, done alone. In taking these activities out of their usual social context, it builds a new meaning and shared understanding of what we go through in our daily lives and our artistic expressions.