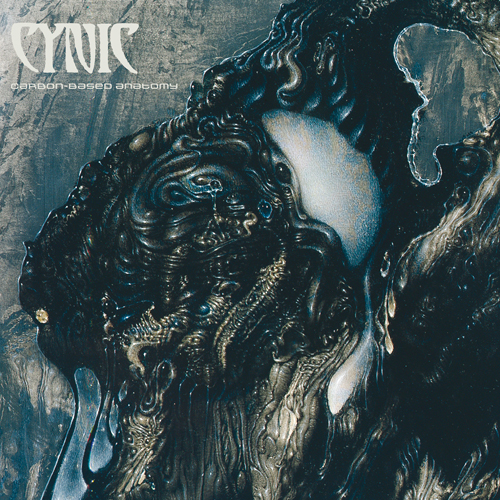 The primary member of Cynic, Paul Masvidal, has an un-frontable pedigree. Along with Sean Reinert, who has been the band’s drummer for most of their twenty-plus year career, Masvidal was asked by the late Chuck Schuldiner to back his brilliant songwriting on the seminal Death album, Human. That’s not “Death” the genre, it’s Death the band— Chuck was an early enough fixture in the Florida death metal scene to snatch up that most-obvious and most-deadly of names for use, and the resultant music formed the glorious foundation for most of the best that the genre has had to offer in the years since.

Paul Masvidal, however, is nobody’s sideman. Cynic was and is his focus, and his contributions to the progressive metal scene are significant, drawing hat-tips from bands as diverse as Meshuggah and Dream Theater. I’m always reluctant to drop the name of Dream Theater in a review, because it tends to be a turnoff to many readers / listeners… myself included. There is something removed and, dare I say, gutless in the particular brand of prog-metal that DT riffs out so efficiently, and I’m afraid to say that those descriptors can be attached to Carbon-Based Anatomy, Cynic’s latest release. This brief and ambitious EP draws on world music as comfortably as it drawn on the history of metal and progressive rock, and Masvidal’s guitar is the driving vehicle of all this fusion. His clean guitar tone, moreso than on any past Cynic release, will be familiar to any of you who have ever stepped into a music store to hear one of the employees casually shredding out some tuneage to demonstrate the reverb and delay qualities of the latest Hughes and Kettner amp. Of course, the music that Masvidal is playing is much
more complex and considered, but the texture and sound of this album remain floaty, distant, and flaccid.

Masvidal’s lyrics are similarly imprecise, mired in new-age sentimentalism with an occasional dash of pseudo-science. Musicians as good as Masvidal and Reinert are incapable of producing an album that is without its interesting moments, and there certainly are heights on this disc, particularly in the excerably titled “Elves Beam Out.” In fact, and this surprises me as well, I’ll buy a ticket for their next show, because I think that the live context would eliminate many of my problems with this album.