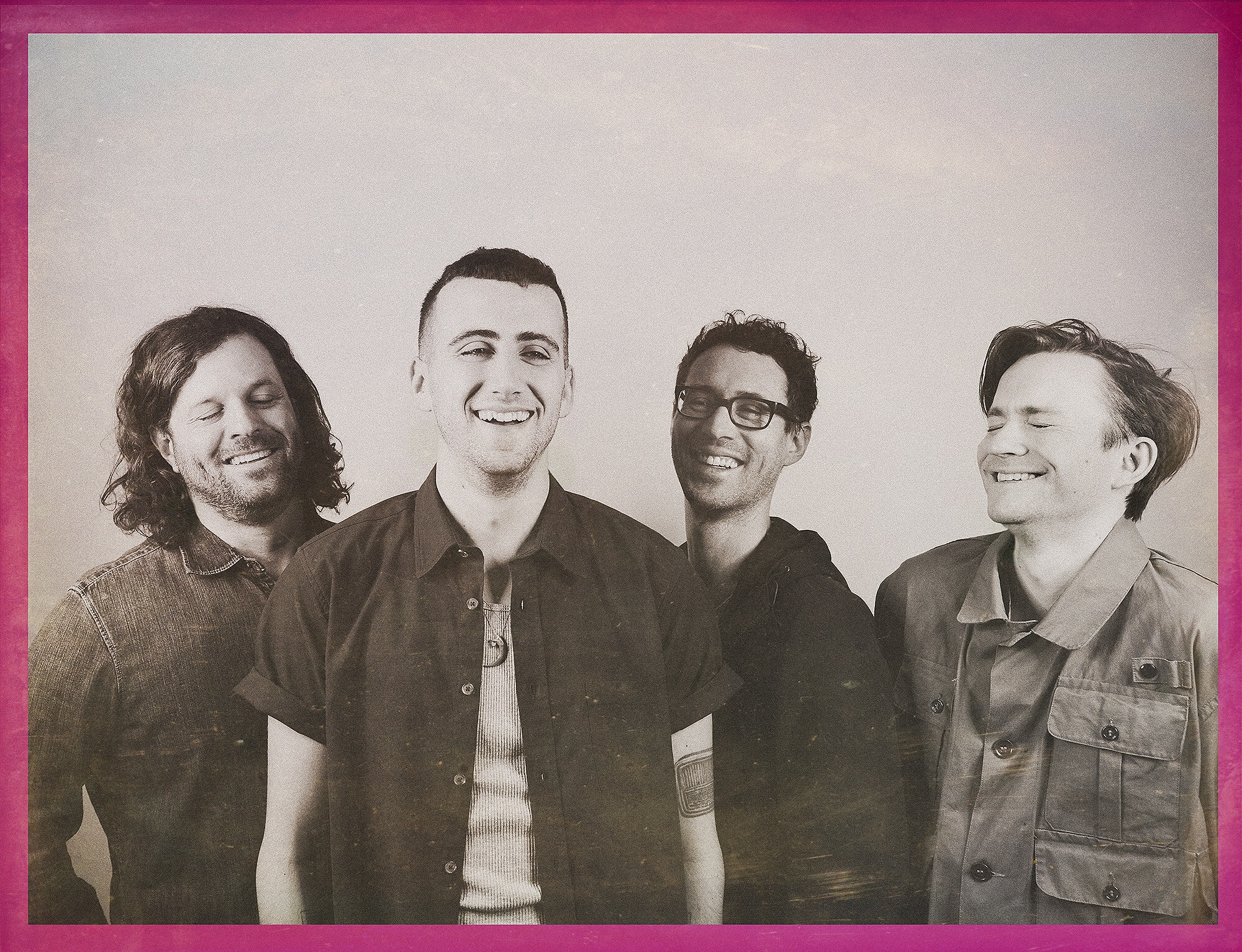 “We wanted to make a more energetic record. I personally looked to artists like Springsteen, 70’s Bowie, The Smiths, The Cure, Neil Young as inspiration for—not really for sound as much as for that dichotomy of bands who were entertainers still making, at times, weird dark music and writing songs that seem totally over-the-top by today’s rock band standards,” says Cymbals Eat Guitars bassist Matthew Whipple of his band’s forthcoming release, Pretty Years, out June 16th on Sinderlyn.

The band, composed of singer/guitarist Joseph D’Agostino, bassist Whipple, keyboardist Brian Hamilton, and drummer Andy Dole, worked more quickly and efficiently than they had in the past, facilitated by years on the road in which they’ve played close to a thousand shows, which rendered them a tight, fully-oiled machine in the studio.

D’Agostino emphasizes that the band always goes into the studio with an edict of crafting an album that replicates their live sound, but haven’t had that come into full fruition until now. “With this record…I think we nailed it this time. First or second takes of everything, real hunger in the performances. Just something to prove.” He stresses that he’d be happy with the band’s chaotic yet tight performances on songs, yet would expect producer John Congleton to ask him to do multiple run throughs. To his surprise, Congleton would say pithily, in D’Agostino’s words, “ok, what’s next?,” obviously satisfied with the results. Remarkably, the band tracked the album in four days.

This looseness is apparent from the outset, on the epic grandeur of opener “Finally,” which shimmers with complex beauty, leading into the sweet rush of “Have a Heart,” which finds D’Agostino singing, “I’m so out of sync / And you’re out of sync with me,” which could well be a mantra for the visceral appeal of this superb record.

The entire album is rife with electrified, flashbulb moments—“4th of July, Philadelphia (SANDY)” conveys the madness of life on the road, exhibiting D’Agostino’s uncanny ability to transform minutiae into profundity. This skill is evident in spades on the record’s centerpiece and opus, the disarmingly vulnerable “Dancing Days.” The song also exhibits the contributions of Whipple, and slyly invokes the album’s title in its magisterial chorus, as D’Agostino contritely croons, “Goodbye to my pretty years.”

“In a dark moment on tour for LOSE, I said something to Matt about losing my pretty years quickly because of touring, how the lifestyle ages you,” explains D’Agostino. “Months later when we were writing for the record, he came to me with the lyrics for that chorus and I wrote the song around them.”

D’Agostino gets to the crux of his emotions on the album’s closer, “Shrine,” in which he veers from the ghosts chasing him into fever dream territory, seemingly coming to terms with demons past. The instrumentation itself is a gorgeous storm-cloud of guitars, building glacially to a cathartic denouement, as D’agostino sings with mounting emotion, “Where will it all go when I die / Never know while I’m alive.” Circumspect about discussing his lyrics’ meanings, D’Agostino laughs when the dark nature of the song’s broached, “This is a record that has many moods!”