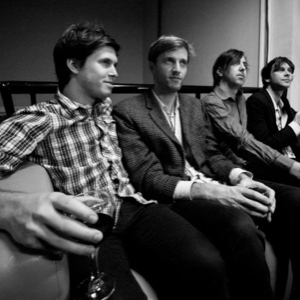 KCRW’s Metropolis will present a free Cut Copy concert on Tuesday, November 19 at New York City’s Le Poisson Rouge at 10 PM EST. The concert will be live streamed on  and will feature a DJ set from Metropolis host and KCRW Music Director Jason Bentley. Fans who will be in the New York area can rsvp for free tickets starting this Wednesday, November 13. Follow @kcrw for details.

Cut Copy just released their fourth studio album, Free Your Mind, via Loma Vista/Modular. The follow-up to 2011’s  Zonoscope, the new album invites fans a step closer into their world full of ecstatic peaks broken up by quiet moments of melancholy and beauty. Free Your Mind is now available via iTunes and other prominent digital & physical retailers.

Cut Copy has just kicked off an international tour in support of Free Your Mind. The band will remain on the road, make stops in Chicago, Madison, Boston & more!