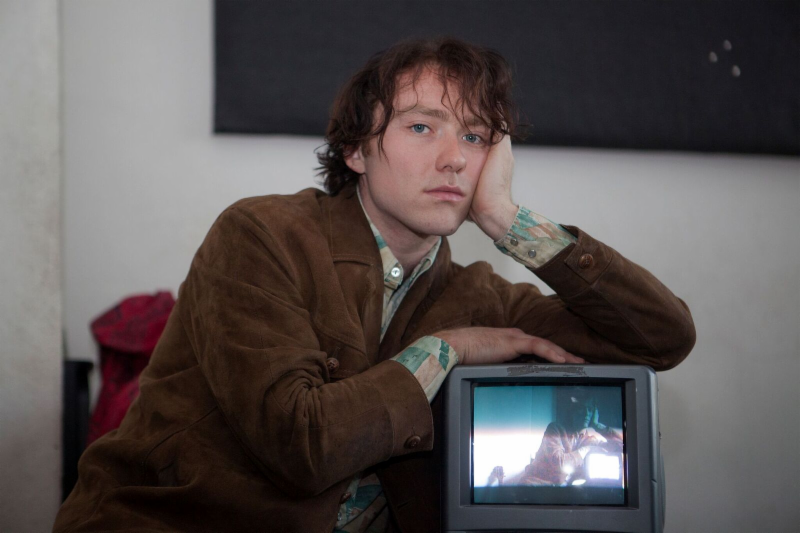 Current Joys — the solo project of LA-based songwriter Nicholas Rattigan — today shared a new video for “My Nights Are More Beautiful Than Your Days” off his forthcoming visual album, A Different Age, out March 2nd on Danger Collective Records. Premiering via LA Record, the documentary-style video directed by Rattigan (who made music videos for all the album tracks) depicts a young couple in the most ordinary, yet endearing and tender, moments of their relationship. Rattigan says, “‘My Nights Are More Beautiful Than Your Days’ is based on a movie of the same title directed by Andrzej Zulawski. It’s about a man who is diagnosed with a terminal brain condition which distorts his memories, and in the last few days of his life, he falls in love. For the video I followed a real life couple, Gabe and Hannah, around the Bay Area for a full day. I attempted to capture a small window of their relationship with digital, film and VHS cameras. The video serves as a fragmented memory of their love, cemented in time regardless of age or circumstance.”

Rattigan — whose directorial debut was Girlpool’s video for ‘123’ — recently shared the videos for ‘In A Year Of 13 Moons,’ ‘Become The Warm Jets’ and ‘Fear,’ which premiered via Stereogum. Current Joys kick off a headlining North American tour on March 9th in Los Angeles, including performances at SXSW and NSFWknd. A current itinerary is listed below. A Different Age is available for pre-order on limited edition deluxe red / white swirl vinyl, cassette, and CDs via Danger Collective.

In addition to his minimal two-piece band with Jacob Rubeck, Surf Curse, Nicholas Rattigan has been releasing a prolific catalog of heart-wrenching no wave ballads via Bandcamp under a handful of names. His newest release, A Different Age, documents the process of making art and the desire to create it sincerely in an era fraught with extreme irony, apathy, and nostalgia.

Rattigan started writing the material for A Different Age, his fifth solo album, in 2015, shortly after moving from Reno to New York City and the release of the album Me Oh My Mirror (the limited-edition cassette of which is now sold out, along with all his other tape releases). Rattigan’s work on the album spans across almost three years, primarily due to the success of his other project Surf Curse, who released a new critically acclaimed LP, multiple tape re-issues, and toured across America and Europe since he began making A Different Age; last year, Current Joys and Surf Curse played back-to-back sets at Coachella.

While most artists would draw influence from other musicians, Rattigan, a cinefile, is inspired by the works of several different directors. The vibrant, dark tone of the album — along with all its visuals — reflects his love for the films of German new wave director Rainer Werner Fassbinder and the slow burning pace of the Belgian art-house filmmaker Chantel Akerman. Ripe with many of the emotions and conflicts that have influenced Rattigan’s songwriting in the past, A Different Age contains some of his most poetic lyrics and thoughtful arrangements to date. 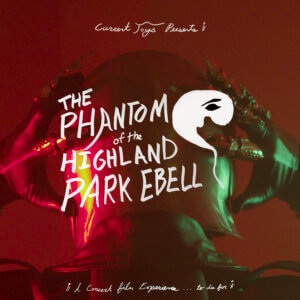 The Phantom of the Highland Park Ebell