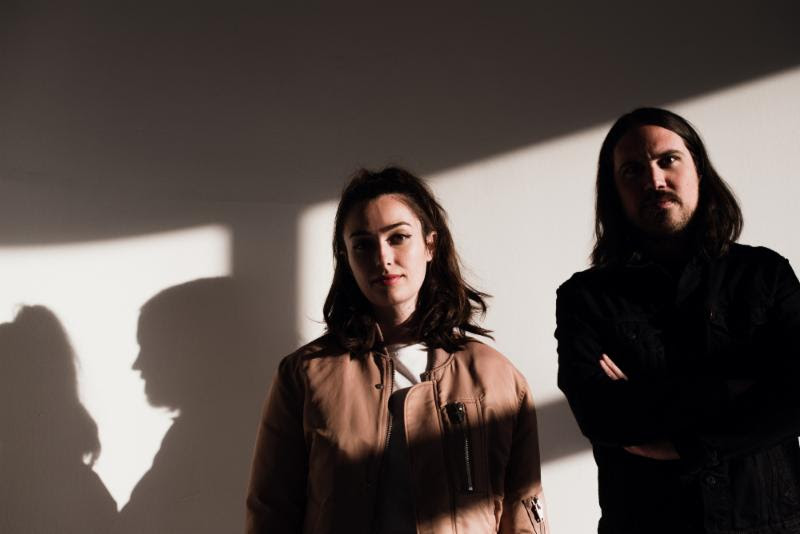 NYC duo Cults, have shared details of their new album and North American Tour dates. Offering will be released on October 6 via Sinderlyn. Today they share the LP’s title track and of “Offering” the band note “We had been working on a lot of songs for a long time and when this one came together it felt like a release. We were trying to make a jam about finding hope in what can seem like a hopeless situation. It’s hard these days to feel like you’re being heard, or like the people who might hear you care enough to look outside themselves and help you. With the release of Offering, Cults will also return to the road. Their first tour in support of the album kicks off October 14 in Philadelphia at Johnny Brendas

Offering sees the band’s first release for NYC label Sinderlyn. The label’s Mike Sniper notes, “I contacted the band in 2010 when I first heard “Go Outside” and asked if they were going to make an album. I forgot to tell them I wanted to release said album. I basically started Sinderlyn to try and sign them.”

While Cults made their name in black and white – a pair of film school dropouts who in 2010 on the New York scene with a perfect single and a darkly retro sound – Offering is an exciting collection of songs exploding with heart, confidence, shimmering melody and buzzing life.

The core duo remains the same – Madeline Follin and Brian Oblivion – and both still live in New York. After the whirlwind of their sophomore album, 2013’s Static, died down, Follin and Oblivion made a conscious decision to shift gears:

“I feel like we stepped into a tour van when we were 21, and basically didn’t get out of it for the next few years,” Oblivion says. “We wanted to give ourselves some space to have normal lives, and wait until there was something new to say.”

“It was exciting, because writing stopped feeling like a homework assignment. I was able to sit down and do it only when I wanted to,” says Follin. “These songs are less art projects, less thinking ‘this is a heartbreak song, what would Lesley Gore do?’ and more reflective of things that have happened in our own lives.”

Cults took their time, going through a few dozen discarded demos before arriving on a pair of songs that felt special. Once they had a direction, Follin and Oblivion enlisted longtime engineer Shane Stoneback to help guide the sessions, working bit by bit, never rushing, letting the material develop naturally.

Offering will thrill ride-or-die Cults fans. At the same time, Offering goes places Cults haven’t gone before. Pink Floyd was a big inspiration, freeing up the band to try new song structures and play with vintage synths. In the 4 year break Follin and Oblivion have developed a confidence in the studio and a strong, full sound; Offering is the work of two artists who know what they want and how to make it happen.

After three years of work in New York, LA, San Francisco, in studios and sweaty living rooms, the band finished the bulk of recording. But it was a classic “last day in the studio” demo-happy session that gave the album its opener and title track, a hope-in-darkness song that Oblivion calls “one of the most outward-looking things we’ve done, it’s a lifeline.” Follin adds: “we both decided independently of each other that it had to be the title.”