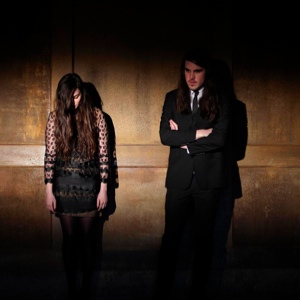 New York City based duo Cults have announced their first set of 2013 tour dates in anticipation of their sophomore release.  The band will kick off their mini-tour with a performance at the Great GoogaMooga on May 17th in Brooklyn, NY.  Next Cults will join Passion Pit for an east coast string of dates starting June 3rd at Cains Ballroom in Tulsa, OK and ending with the bands performance at Bonnaroo the weekend of June 13th.  The band will also make appearances at Boston Calling Music Festival, Underground Music Showcase in Denver and Capital Hill Block Party in Seattle (see full list of dates below).

Cults is Madeline Follin and Brian Oblivion.  The duo is currently finishing the follow up to their critically-acclaimed, 2011 debut release.  Heralded by the New York Times for playing “a simple, entrancing and intuitive strain of indie rock indebted to clean-cut ’50s rock with flashes of ’60s haze,” Cults will be performing with their five-piece live act that includes Gabe Rodriguez (guitar), Nathan Aguilar (bass) and Cory Stier (drums).