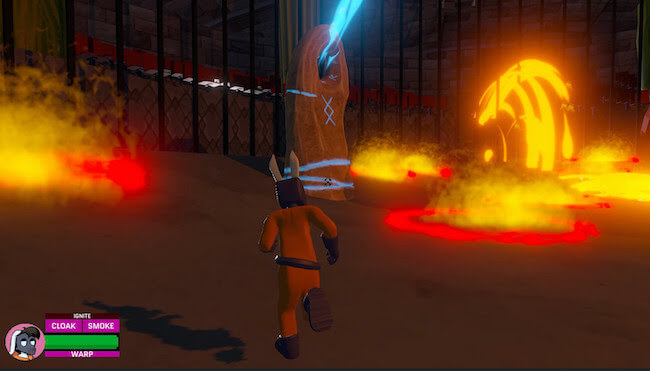 “The intent with this project was to make something that our fans could engage with more deeply than just a song; something they had some level of control over.” “We’re allowing fans to experience our music, our comedy and our ideas from their own exploration and engagement within the world we made for them. That’s Lombardi’s World.”
The aim of the game is simple—kill Matador founder Chris Lombardi (as a wolf). In order to do so, players must work through a number of challenging puzzles, battles and obstacle courses, playing as the 1 Trait Danger alter egos: Trait (who featured prominently on Car Seat Headrest’s current release, Making A Door Less Open), Tommy or Stoney. Players can join or host servers where they’re able to team up with friends as they progress through the game, eventually making it to the final showdown with Lombardi.

Katz developed Lombardi’s World with game designer Emi Schaufeld during quarantine from his home in Seattle. Lacking the necessary skills as a developer to create the game alone, he took to Twitter to find help, which came in the form of Emi: “After a two hour phone call we were on our way with Lombardi’s World. In just about six months we created a game that we were told would take ten developers to make, and we did it with two (one of which is a drummer).”
1 Trait Danger is Car Seat Headrest’s comedic side project helmed by Katz and supported by vocalist/guitarist Will Toledo and the rest of the band, a platform they use to inject spontaneity into their musical process and make fun of music media and their own lives as touring musicians. The project’s 2018 debut 1 Trait High coincided with CSH’s acclaimed record Twin Fantasy, and was followed up last year with 1 Trait World Tour and Katz’s first attempt at developing a video game: Cossett’s World, which the band released via the Car Seat Headrest merch store.