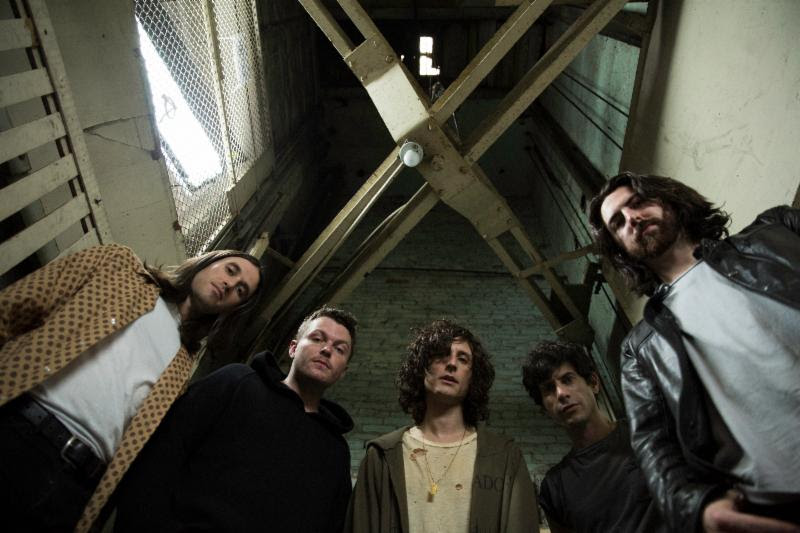 CRX – the new Los Angeles-based band fronted by Nick Valensi, guitarist for The Strokes – released its first single, “Ways To Fake It,” today. The infectious track is from the band’s full-length debut, New Skin, which was recently singled out in Entertainment Weekly’s Fall Music Preview of highly anticipated albums. New Skin will be released on October 28 on Columbia Records.

With live shows being relatively rare for The Strokes, Valensi found himself looking for a way to channel his urge to play live. “I wanted to perform in front of audiences and get back to doing things a little more simply. It got to the point where I missed being on a club stage,” Valensi says, explaining how he came to form CRX.

He began recording demos on his laptop at home last summer and, as the songs progressed, he invited a few trusted friends to join him. In addition to Valensi on lead vocals and guitar, CRX includes Richie James Follin (keyboards), Ralph Alexander (drums), Jon Safley (bass) and Darian Zahedi (guitar). Approximately half of New Skin’s ten tracks were co-written with his band mates.

Valensi reached out to Queens of the Stone Age’s Josh Homme for feedback on the demos and advice regarding producers that might be right for the band. It quickly became apparent that there was no better person for the job than Homme himself. The album was recorded at Homme’s Pink Duck Studios in Burbank and mixed by Andrew Scheps (Johnny Cash, Green Day, Red Hot Chili Peppers, Adele).

The band explores richly varied sonic terrain on New Skin. “Ways To Fake It” reflects Valensi’s passion for 70s power-pop and 80s new wave as does the dub-tinged “One Track Mind.” “Slow Down” is a wistful plea for a less frenetic pace while the menacing “Unnatural” proceeds at breakneck speed. “Broken Bones” simmers, with Valensi’s effortless falsetto counterbalancing a massively sludgy bottom end.

CRX will preview songs from New Skin at a special headline show at the historic Troubadour in West Hollywood, CA on Saturday, September 17. The band will also headline Schubas in Chicago on September 19 and support Beck on several upcoming dates.