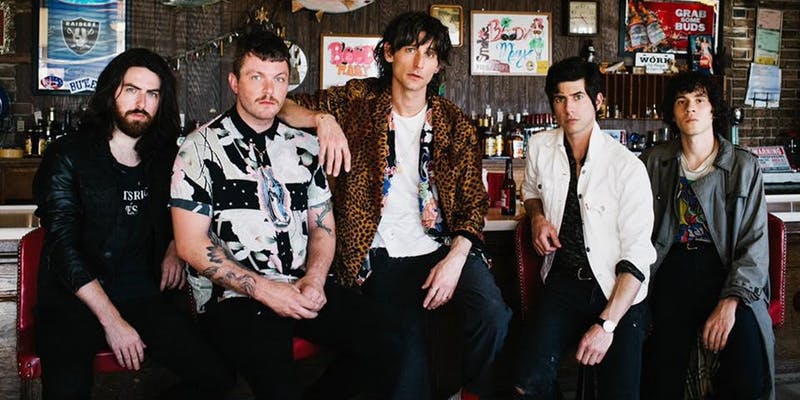 CRX have debuted a new video for their latest single “Falling.” Directed by Kansas Bowling, the Huraki Murakami-inspired video. The song follows the band’s first release this year, “We’re All Alone,” both taken from their forthcoming sophomore album Peek, out August 23.

CRX began in 2013, started by The Strokes’ lead-guitarist and founding member Nick Valensi who is now joined by Darian Zahedi [guitar, backing vocals], Jon Safley [bass, backing vocals], Ralph Alexander [drums] and Brad Oberhofer [keyboardist]. Following their Josh Homme-produced debut album New Skin and sold-out North American and European tours, Nick headed back in the studio with his new bandmates in 2017, and started to compile ideas for what would become Peek.

Alternating between Nick’s home and a downtown Los Angeles rehearsal space, Nick, Darian, and Jon feverishly composed tunes as a unit. At the beginning of 2018, they entered NRG studios with producer Shane Stoneback [Vampire Weekend, Sleigh Bells] at the helm and locked into an unbreakable rhythm. Throughout the ensuing year, they laid down tracks at Chromeo’s studio in the Valley and Red Bull Studios in Santa Monica amidst a busy tour schedule.

Drawing on a mutual obsession with everything from Remaining Light by Talking Heads and Scary Monsters (and Super Creeps) by David Bowie, the boys unlocked a new level of chemistry in the studio. “The recording was very different, because we made a big deal of tracking it as live as possible,” Darian continues. “We also let go and embraced some of these really cool influences that took us into the stratosphere. It was a combination of writing for over a year, getting out of our heads, and knowing what we wanted to sound like.” “The influence of Darian and Jon was prevalent in the recording and arrangement,” adds Nick. “I was more controlling on the first record. This is everybody in a room.”