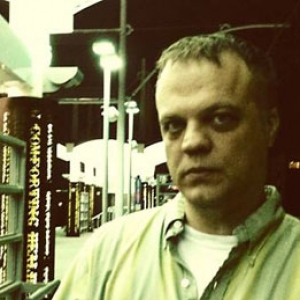 Crushed Stars has premiered “Flowerbomb” from their new  album, Farewell Young Lovers out January 21 on Simulacra Records. Crushed Stars’. From bandmember Todd Gautreau,”This will sound like a cliché, but I was standing in a cafe line and was intrigued by the fragrance of the person in front of me, so I asked what it was, She answered Flowerbomb which I thought was an interesting word since you don’t normally associate the gentleness of a flower with the intensity of an explosion. So I was inspired to write a song about a hypothetical girl who would have both of these qualities.”

Farewell Young Lovers was recorded with Grammy winning producer Stuart Sikes (White Stripes, Modest Mouse, Cat Power) and once again most of the instruments were handled by Todd Gautreau who is joined by drummer Jeff Ryan (War on Drugs, Baptist Generals).

Drummer Jeff Ryan says, “It seems there’s a new sense of energy woven into these new tracks, there are more textures and electronics expanding the musical landscape. The straightforward harder songs like “Flowerbomb” and “Haters” show a musical side that hasn’t been seen before from us, even though there’s still a common thread between these songs and the others on the album.”

3. Our Interest In Claire

4. This Happens Every Time